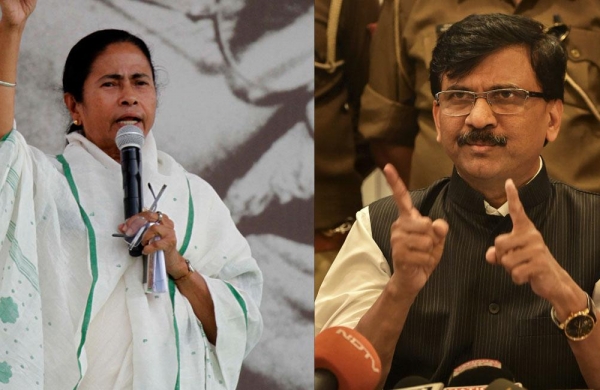 The decision was taken after a discussion with Thackeray.

Raut, who on January 17 had said Shiv Sena will contest the West Bengal Assembly Elections, on Thursday said the party will stand in solidarity with West Bengal Chief Minister Mamata Banerjee.

“A lot of people are curious to know whether Shiv Sena is contesting West Bengal Polls or not? So here’s the update after discussions with Party President Uddhav ji Thackeray. Looking at the present scenario, it appears like a ‘Didi Vs All’ fight. All ‘M’s – Money, Muscle and Media are being used against ‘Mamata Didi. Hence, Shivsena has decided not to contest West Bengal polls and stand in solidarity with her. We wish Mamata Didi a ‘roaring’ success, ‘cos we believe She is the real Bengal Tigress !!,” Raut posted a picture containing the text on Twitter.

Elections for the 294 Assembly seats in West Bengal will begin on March 27. The state is set to witness eight-phase Assembly polls this year.