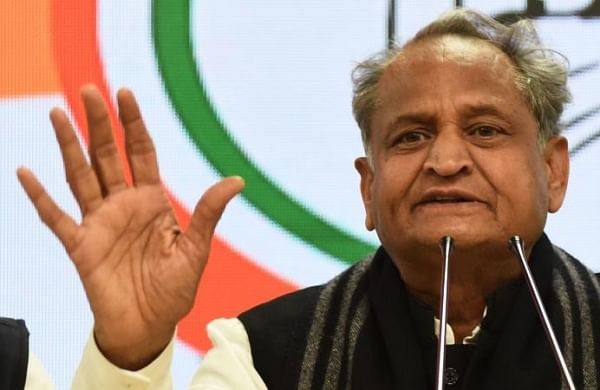 By PTI
JAIPUR: Congress leader Kumari Selja has made a short, unannounced trip here to meet Rajasthan Chief Minister Ashok Gehlot, fuelling speculation over a likely reshuffle in his Cabinet.

Selja, who is Haryana Congress president, landed at Jaipur airport on Sunday night, held a brief meeting with Gehlot at his residence and then left for Delhi on Monday morning, party leaders said.

The sudden trip has added to the speculation over the expected reshuffle, amid demands by supporters of former chief minister Sachin Pilot that they should get a bigger share of power in the Congress-ruled state.

There has been no official statement on the meeting but is being speculated that Selja travelled to Jaipur to convey a message from the party’s central leadership.

Selja is supposed to enjoy the confidence of Congress president Sonia Gandhi and is also considered close to Gehlot.

She was the chairperson of the screening committee formed to decide the Congress candidates in the last assembly elections in Rajasthan.

Congress general secretary Ajay Maken, who is in-charge of Rajasthan at the AICC, last week held a series of meetings with party MLAs and state unit leaders in Jaipur.

In a clear indication that some members of the Gehlot Cabinet may be dropped, Maken had on Friday said a few ministers have expressed willingness to quit the state government to work for the organisation.

The Gehlot government, which came to power in December 2018, has completed half of its tenure.

The demand for a cabinet reshuffle and political appointments to other posts gained momentum in June after some MLAs close to Sachin Pilot expressed resentment, saying promises made by the party high command to him last year had not be fulfilled.

Including Gehlot, there are 21 members now in the Rajasthan ministry and up to nine more can be accommodated.

Similarly, there are vacancies in party units at the district level.

The Congress high command had brought about a truce in the Rajasthan unit after rebel MLAs led by Pilot appeared to bring the Gehlot government to the brink of collapse last year.

A three-member AICC committee was formed to look into the grievances of Pilot supporters.

But they claim that this has not happened even months later.