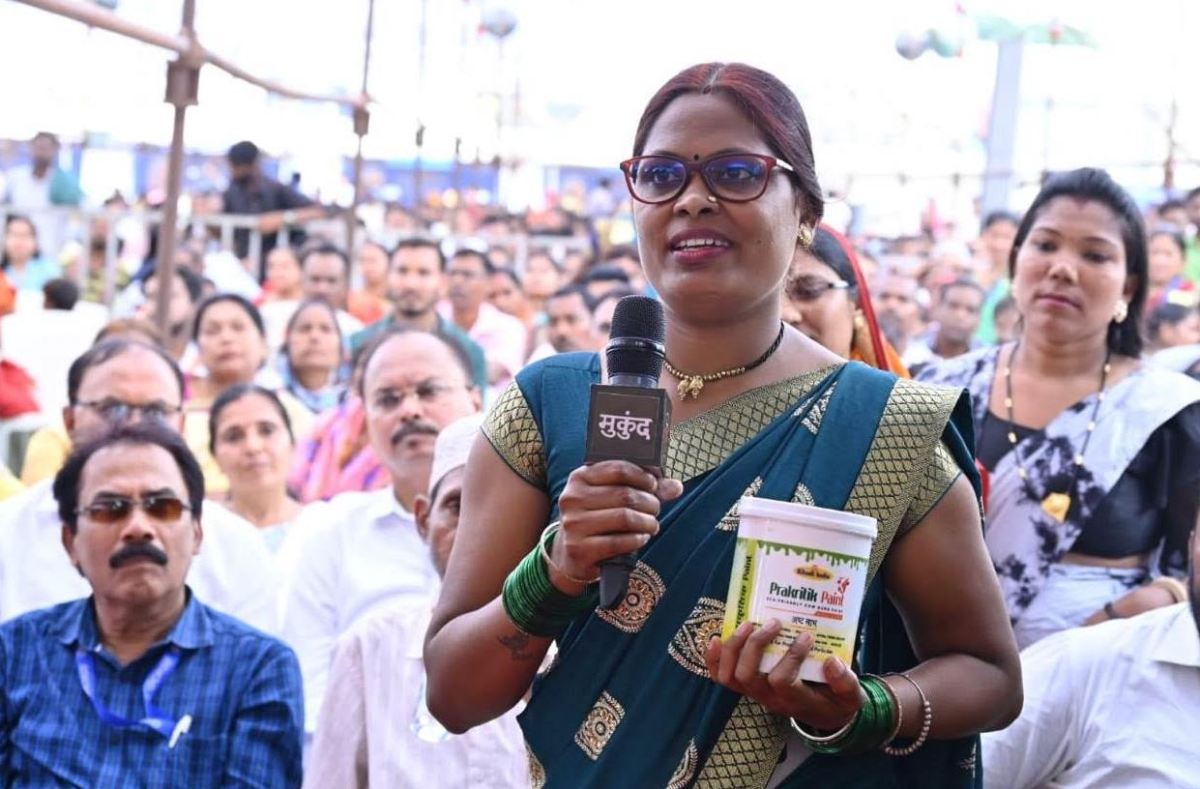 Chief Minister Shri Bhupesh Baghel attended the closing ceremony of Mor Mayor Mor Duar program organized at Subhash Stadium in Raipur today. During this, he interacted with the beneficiaries of the welfare schemes run by the Chhattisgarh government. The beneficiaries told the Chief Minister that the problems of the citizens are being resolved immediately through the More Mayor More Duar campaign. Along with this, the benefits of government schemes are also being received at the site. For this, we neither had to follow a difficult procedure, nor did we have to make rounds of the office. Government schemes are helping us to stand on our feet. This has also instilled confidence in us. Preeti is driving an e-rickshaw, maintaining the family Now Preeti has an e-rickshaw for her regular income, by which she is easily maintaining her family. Preeti is no longer facing the challenge of her employment, nor is she worried about household expenses. Preeti told these things to the Chief Minister of Chhattisgarh, Mr. Bhupesh Baghel. Mrs. Preeti Yadav, a resident of ward number 27 Indira Gandhi ward of zone number 2 of the city, told that the family of four had to face difficulties in running the expenses. The financial condition of the family was not good as there was no regular source of income. Meanwhile, in our ward, in the diagnosis camp of Peacock Mayor, Mor Duar, he presented his problem to the Mayor Mr. Ejaz Dhebar and demanded an e-rickshaw from him. On which my problem was resolved immediately and now I am taking care of my family by driving an e-rickshaw. Rama Mishra, President of Valmiki Mayank Mahila Self Help Group Kabirnagar, said that this ‘More Mayor More Duar’ campaign has proved to be very meaningful for us. The women of our group used to cooperate with each other through mutual transactions through savings account, but there was no permanent means of employment. We were applied under this campaign by the women of our group in the camp and immediately the application was approved and the space for the canteen was also allotted. In Zone-8, we were given a place for a canteen, where we feed Chhattisgarhi dishes to the citizens and officers who come to the office. It makes a sale of 1500 to 2000 rupees per day. Today all the members of the group are standing on their feet. Smt. Mishra spoke to the Chief Minister in the program and thanked him. Chief Minister Bhupesh Baghel also appreciated the women. Help received for sewing machine, women’s group became self-reliant Chief Minister Bhupesh Baghel also spoke to the women of self-help group operating in Ward No. 6 Veerangana Avanti Bai ward of the city. He told that his group is moving ahead by taking advantage of the schemes of the government. More recently, his group got a loan of one lakh rupees for a sewing machine. The women of our group are manufacturing cloth bags, ladies wear and masks with sewing machines. The sale of cloth bags has increased after the ban in polythene. Along with this, it is supplying masks, cloth bags and clothes to the local markets. Presented the paint made from cow dung to the Chief Minister. During the program, Mrs. Dhaneshwari Ratre, President of Govardhan Self-Help Group told that her group During this period, rakhis, slippers and other products are being made from cow dung. Now paint is being made from cow dung by the group. This paint is completely natural, we are getting good response for it. The Chief Minister went to the stall of the group and inquired about the products made from cow dung. President of the group Mrs. Ratre presented the paint made from cow dung. The Chief Minister said that citizens are getting benefits under Godhan Nyay Yojana. At the same time, the problems of the city like cattle and cleanliness are getting rid of. The Chief Minister assured the members of the group to come to Jarwai Gauthan located in their zone number-8. Mohammad Sharif Khan received Disabled Pension Program During a conversation with the Chief Minister, Mohammad Sharif Khan told that in the ‘More Mayor More Duar’ campaign, Mr. Khan told that he had applied for disabled pension in the camp in his area, along with giving the application. This was approved and they got a card of disability pension. Ms. Salit Bramhe got labor card, ward number 35, resident of Ravi Shankar Shukla ward, Kumari Salit Bramhe, working in a private organization, said that due to lack of labor card, she was not getting the benefits of the schemes being run by the government in the interest of the workers. . Told this problem in the camp, which was resolved on the spot and I got my labor card, with the help of which I would be able to take advantage of the schemes. It is noteworthy that ‘More Mayor More Duar’ program was organized by taking initiative to listen to the problems of the citizens of Raipur and to resolve them on the spot. In which the problems of the people were heard by organizing camps in the wards. In these camps, differently-abled people got various facilities like making tricycle, audio device and labor card, Aadhar card, Ayushman card, caste certificate, residence certificate, pension card for the needy. From June 27 to August 05, camps were organized in 70 wards in 27 zones of the city under ‘Mor Mayor Mor Duar’. Out of total 28069 applications received in these camps, 23,582 applications were resolved on the spot. In the total organized camps, women of self-help groups got a loan of Rs 5 crore, while for basic problems like drain, road, water, an amount of 2.5 crore was sanctioned on the spot. Like this:Like Loading… Continue Reading