Selection of high officials can be done through selection panel in Indian Railways, know what is the plan 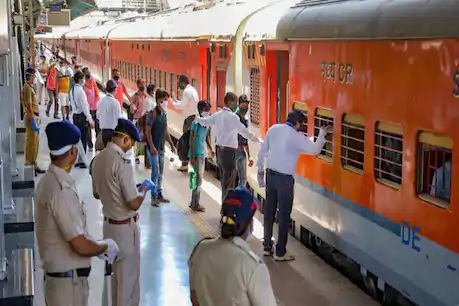 Railway (Indian Railway) is now working on a plan to create a selection panel for the selection of its high officials. Officials of the Department of Personnel, Traffic and Accounts have opposed this plan of Railways.

new Delhi. Indian Railways had given information about the merger of 8 cadre groups and the restructuring plan of the Railway Board (Railway Board) a few months ago. It is now reported that the higher administrative posts of Indian Railways (Administrative Posts in Railway) will be filled through the selection panel. Currently the vacancy of these posts is filled on the basis of seniority. A business newspaper has given information about this by quoting sources. In this report, it has been said that the railway has hired management firm McKinsey to prepare a work plan for the merger plan. McKinsey will give suggestions about this to Railway Minister Piyush Goyal. Piyush Goyal has spoken to all high officials and associations in this regard.

Administrative officials protest
The administrative officer working in Indian Railways has opposed this merger plan of the government. These officers are personnel, traffic and accounts services. They say that they will not get any benefit due to seniority. According to reports, these officers are a few years senior to engineering service officers. This difference is due to the difference in the quality and entry level of both the officers.

Sources have been quoted in the report as saying that a selection panel will be formed to recruit posts like Chairman, Railway Board, DRM, GM and Additional General Managers. These officers will be selected on the basis of their merit. However, there will also be a criterion on the basis of age so that officers of older age can also be claimed.

Concern about future among young railway workers
The Railway Minister asked for an Age Analysis Report of high officials of all these 8 services so that an opinion could be formed regarding the gap in their age. These officials told the Railway Minister that the newly recruited young workers are getting worried about their careers in Indian Railways. He is in a state of uncertainty about the way forward. There is also the possibility that some may also approach the court.