Selection for Karate and Judo training on 10 February 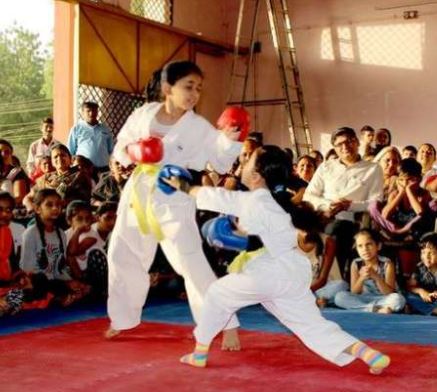 According to the instructions issued by the Office of the District Education Officer, Kondagaon, the Home Ministry and the Government of India, 29th Bhartiya B.C. Police force Kondagaon will be trained in karate, judo sports at the district level and training such interested children studying in schools and colleges of district Kondagaon, talented children from local, dense Naxal affected areas and remote areas who are interested in sports Facilities of housing and sports items will also be provided during this period. Interested children registered in the respective sports at the development level can appear in the selection process for training by appearing at 11:00 am on February 10 at the selection venue Boys Hostel, Grand Kondagaon. Such children who have not been registered at the development level and have proficiency in judo and karate sports, such interested children will be able to appear directly at the selection venue for the selection process to be held on February 10 at the district level.