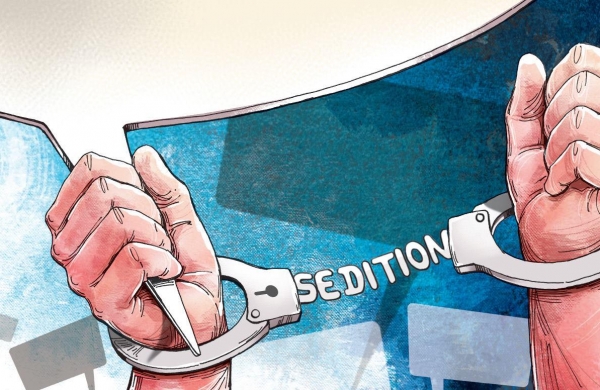 Express News Service
RAIPUR: The city police have registered a sedition case against ADG-rank officer Gurjinder Pal Singh based on a written complaint filed by the anti-corruption bureau (ACB). The anti-graft body reportedly seized alleged documents from Singh that were suggestive of a conspiracy against the government.

The Kotwali police station has registered the case under Sections 124-A, 153-A (that deals with sedition and treason) of the IPC against the 1994-batch IPS officer who was earlier suspended by the state government on July 5.

ACB sleuths carried out raids for three days at 15 premises and properties linked to the IPS officer following complains over disproportionate assets.

After the registering of the case, Singh has been missing from his Raipur home. “We came to know that he has left for Bilaspur but we are verifying the same. His location cannot be traced at the moment,” said an ACB officer.