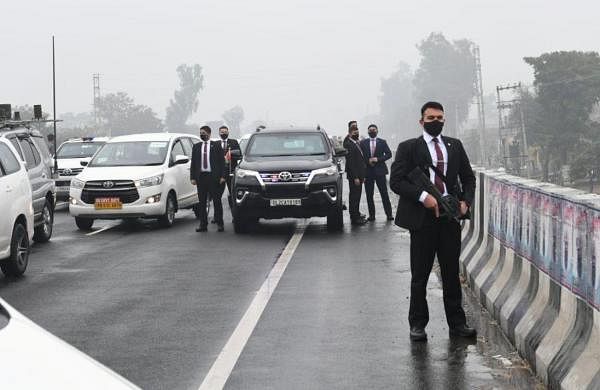 CHANDIGARH: Punjab Chief Secretary Anirudh Tewari has submitted a report to the Centre regarding the security breach that stalled Prime Minister Narendra Modi’s Punjab visit informing that an FIR has been lodged in the incident and the state government has formed a two-member panel to investigate lapses.

Tewari is learnt to have shared details pertaining to the sequence of events that unfolded during the prime minister’s visit on Wednesday, official sources said on Friday.

On Thursday, the Punjab government had announced a two-member panel to investigate the lapses.

The panel has been asked to submit its report in three days.

In a major security lapse, the prime minister’s convoy was stranded on a flyover due to a blockade by protesters in Ferozepur on Wednesday after which he returned from poll-bound Punjab without attending any event, including a rally.

The Union Home Ministry had directed the state government to file an immediate report, saying it did not ensure the required deployment, while Home Minister Amit Shah had said that such dereliction of the security procedure during the prime minister’s visit was totally unacceptable and accountability would be fixed.

The incident triggered a major political row with the BJP alleging that the ruling Congress in Punjab “tried to physically harm” the prime minister, while other parties too attacked the state government over the law and order issue.

The Centre also set up a three-member panel on Thursday to investigate the security breach.