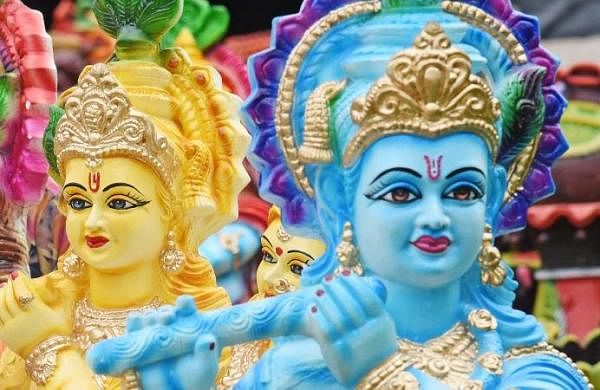 MATHURA: The Mathura district administration has imposed prohibitory orders under CrPC section 144 following an announcement by the Akhil Bharat Hindu Mahasabha that it will install a Lord Krishna idol at the deity’s “actual birthplace”, which it claims is in a mosque close to a prominent temple here.

“Nobody will be allowed to disturb the peace and tranquillity in Mathura,” District Magistrate Navneet Singh Chahal said.

The clampdown comes even as another right wing organisation, the Narayani Sena, has said it will take out a march from Vishram Ghat to Sri Krishna Janmasthan, demanding the “removal” of the mosque.

Section 144 of the CrPC prohibits the assembly of four or more people in an area.

Police said they have detained Narayani Sena secretary Amit Mishra in Mathura Kotwali, while the outfit claimed its national president Manish Yadav has been detained in Lucknow.

Chahal said he, along with Senior Superintendent of Police Gaurav Grover, reviewed the security around both the religious places, the Katra Keshav Dev temple and the Shahi Idgah.

He said the Mahasabha had requested permission to install the idol at the mosque but it was turned down.

Question of granting permission to any event that may potentially disrupt peace does not arise, Chahal added.

Hindu Mahasabha leader Rajyashri Choudhary had earlier said her organisation will install the idol of Lord Krishna in the Shahi Idgah after a “maha jalabhishek” to “purify” the place on December 6.

The date marks the demolition of the Babri Masjid in Ayodhya, the site of a temple-mosque dispute, in 1992.

The Mahasabha’s threat to perform the ritual inside the Shahi Idgah comes at a time when the local courts are hearing a series of petitions seeking the “removal” of the 17th century mosque.