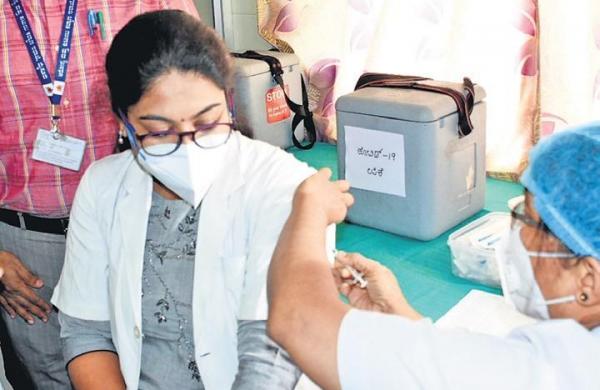 The first dry run (or the mock drill) for the vaccination had taken place at six centres – three rural and three urban — in the district on January 5.

“The dry run was conducted successfully at 75 vaccination centres in Gautam Buddh Nagar by the health and the police departments,” according to a police statement.

“Any shortcomings highlighted during the dry runs are being identified and corrected,” the statement added.

Four health department officials and two security personnel from the police department were deployed at each vaccination centre, according to the statement.

“A District Vaccine Store (DVS) has been created in the district and 10 police officials, including a sub-inspector, a head constable and eight constables, have been put on security duty to take the vaccine safely to the eight cold chain points (CCPs) in the district. Armed personnel from reserved police lines have also been deployed at the CCP,” it stated.

Besides, local police stations had deployed a sub-inspector and two constables at vaccination centres in their area, it added.

The dry run on Monday was held at 1,500 centres in Uttar Pradesh, where the vaccination drive is scheduled to begin from January 16, according to state government officials.