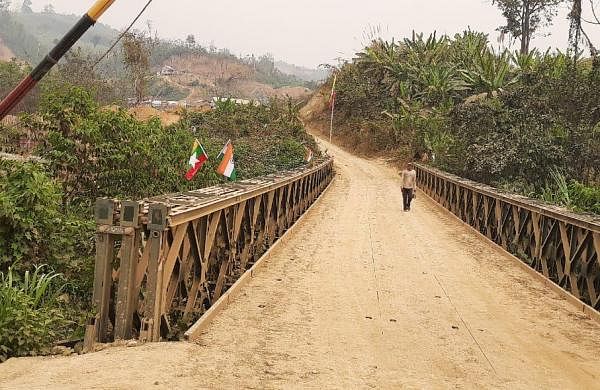 GUWAHATI: The authorities in Manipur’s Tengnoupal district clamped Section 144 of the CrPC in the border town of Moreh after violence broke out on Wednesday during a protest rally against the killings of two Tamils in Myanmar.

The protestors crossed over the porous international border and torched a vacant sentry post of Myanmar Army. They also pelted stones targetting the houses of Myanmar residents. The Myanmar police retaliated by pelting stones.

Senior police officials were on Thursday busy attending meetings and were not available for comment. The Tamil Sangam, Moreh said the situation in the town was tense but under control.

P Mohan (28) and M Iyanar (35) were shot dead at Tamu, 4 km from Moreh, on Tuesday afternoon. Locals said the duo had gone to the Myanmar town to attend the birthday party of one of their friends.

“Myanmar-based militants, backed by the Myanmar Army, may have shot them dead,” Manipur Chief Minister N Biren Singh had told this newspaper on Tuesday.

Mohan had got married just a month ago and was an autorickshaw driver. Iyanar ran a small shop. They were born and brought up in Moreh.

Meanwhile, Myanmar is yet to hand the bodies over to Indian authorities. It is assumed that since the issue involved two countries, due procedures would be followed through the diplomatic channel.

Nearly 3,000 Tamils live in Moreh. They and their forefathers had migrated to the town from Yangon in Myanmar in the 1960s.