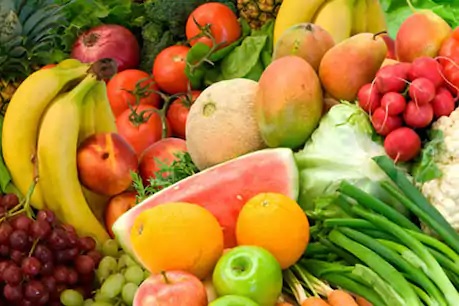 Vegetable Price in Himachal Pradesh: People got cheap vegetables during Corona period, but now expensive vegetables are becoming a problem.

Shimla. Due to heavy rains in the neighboring states of Himachal Pradesh (Punjab) and Haryana (Haryana), the standing vegetable crop in the fields has been damaged. At the same time, the consumers of this state are also suffering. The supply of vegetables has been affected due to damage to vegetable crops in neighboring states. Sudden increase in prices is being recorded due to decreasing prices of vegetables and increasing demand. In Shimla’s local vegetable market, the prices of most vegetables have increased two to three times. Within a week, prices had suddenly started increasing and the increase is continuing.

This is the rate

Talking about local vegetable market, tomato reached ₹ 60 per kg within 1 week. At the same time, peas have scored a century, while cauliflower is getting ₹ 80 per kg. Due to heavy rains, the loss of vegetable crops is directly impacting the pocket of the people, consumers are forced to buy expensive vegetables somewhere. Most vegetables have increased by 10 to 20 rupees within 1 week.

Reduction in supply According to
vegetable vendors, the prices have increased due to decrease in vegetables from outside states, in the local vegetable market, most vegetables are being sold between 30 and ₹ 100. Talking about hill potato, hill potato is getting Rs 40 per kg, while onion is also getting Rs 25 per kg increase. Vegetable season has also reached its final stage in the state. In such a situation, the prices of vegetables have started increasing and the extra burden of expensive vegetables has started to fall on the consumers’ pockets. Although, people got cheap vegetables during the Corona period, but now expensive vegetables are becoming a problem.