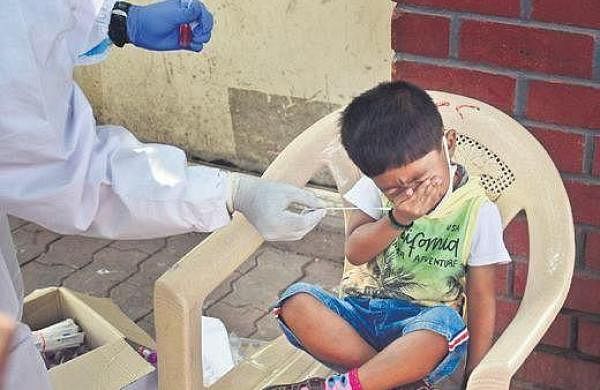 BENGALURU: Scientists across the world, including INSACOG, a consortium of 28 laboratories in India, are closely monitoring lineages of the highly transmissible Omicron variant, which has an unusual array of mutations its predecessors did not have.

While there have been several theories on the reason for high transmission and its multiple mutations, microbiologist Dr Gagandeep Kang, in a recent webinar, said though Omicron has the potential to mutate  and transmit really fast, it does not lead to severity, like Delta did. This is because of a phenomenon called ‘epistasis’, where the background of mutations influences how genes actually work.

“We got really lucky with Omicron because of  epistasis. We wound up with the virus while it was capable of immune evasion of a level we have never seen before. But it did not result in the severity that we saw before,” Dr Kang said at the webinar ‘Omicron: Enigma or End’.

Scientists believe it is still an enigma. Virologist Dr Jacob John had earlier told TNIE that to know under what conditions Omicron arose, might help science to understand the risk of new variants emerging, and suggest steps to minimise it.

According to a senior doctor who is also part of Karnataka’s genome sequencing committee, scientists are working on three theories behind Omicron’s arrival. One is that the researchers might have simply missed a series of mutations that eventually led to Omicron.

Alternatively, Dr Angelique Coetzee, Chairperson, South Africa, says it is possible that the variant might have evolved mutations in one person, as part of a long-term infection. The other theory is it could have emerged unseen in other animal hosts, such as mice or rats, Dr John says. “Omicron is not fathered, or mothered, by Wuhan-D614G, Alpha, Beta, Gamma, Delta, Kappa or Mu.” According to him, Omicron’s immediate parentage is not known but it has some distant connection with Wuhan-D614G, which began the pandemic.

The World Health Organisation is also closely tracking the BA.2 sub-lineage of the Omicron variant. Though all the sub-lineages are closely related genetically, each features mutations that could alter how they behave. However, Dr V Ravi, virologist, in an earlier interview with TNIE, had said that BA.1 is missing one of three target genes used in a common PCR test and is easier to identify, but BA.2, sometimes known as a “stealth” sub-variant, does not have the same missing target gene.

It is yet to be seen if BA.2 alone can cause another wave, and researchers are now working to find out if BA.2 can cause infections in those who have already been infected with BA.1.