Schools will not open in Raipur even after Oct 15, the government took this decision in the cabinet meeting, 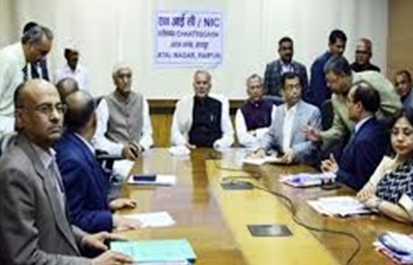 The Chhattisgarh Government said on Thursday that schools will remain closed in view of the corona virus epidemic in the state. A government spokesperson said that the decision was taken during a cabinet meeting chaired by Chief Minister Bhupesh Baghel (Bhupesh Baghel). According to the guidelines issued by the Union Ministry of Home Affairs, the state governments can take a decision about the reopening of schools after October 15 . An official said that the state cabinet decided that schools would remain closed in view of the epidemic situation in Chhattisgarh. The cabinet also decided that on November 1 this year, no extravagant ceremony will be organized on the occasion of State Foundation Day (Chhattisgarh Foundation Day) and only state award ceremonies will be held at the Chief Minister’s residence. Apart from this, the Haryana Government is also considering reopening schools from class 6th to 9th across the state. The government is planning to do this so that students can take proper guidance from their teachers. The decision was taken in line with the Centre’s decision to allow schools to resume from October 15.