SC wonders how Nagaland Lokayukta can discharge his duties from Delhi 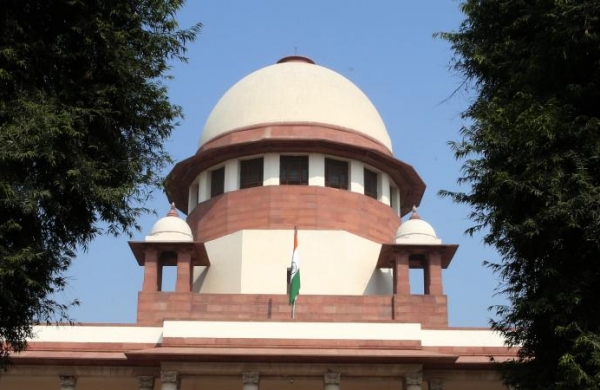 By PTI
NEW DELHI: The Supreme Court Monday wondered how the Lokayukta of Nagaland would discharge his duties in the north-eastern state while sitting in Delhi and said he was “demeaning” the office.

The observation by a bench headed by Chief Justice S A Bobde came after the counsel for state government claimed that the Lokayukta was “not discharging his work diligently” and he want to work from Delhi.

Senior advocate Vikas Singh, appearing for the Lokayukta, said the state want to remove him but there is a procedure for removing the Lokayukta.

“We don”t agree with you (Singh). We don”t understand this. How can a person be a Lokayukta while sitting in Delhi just because this is pandemic times,” said the bench, also comprising Justices A S Bopanna and V Ramasubramanian. “You are demeaning your office,” the bench said.

The apex court was hearing a plea filed by Nagaland government which has raised questions over the functioning of Lokayukta in the state.

“He (Lokayukta) wants to shift to Delhi and does not want to commute five km from his residence to office in the state. He is a non-performing Lokayukta,” Balagopal said.

The bench, while referring to some documents, said the Lokayukta has himself said that the apex court should replace him with a former top court judge.

“I have not advised him like this. I am appearing for the first time and it might be due to some frustration,” Singh said, adding, “They (state) want to remove me. I thought the Supreme Court would not interfere with the plea. There is a procedure for removal of Lokayukta.” The bench told Singh, “We understand that you want to contest this.”

In August last year, the apex court had agreed to hear the plea filed by the state government which has arrayed Chairperson, Lokayukta as one of the respondents.

The state government, in its plea, has urged the apex court to pass appropriate direction in exercise of its power under Article 142 of the Constitution “to ensure that the institutional integrity of the post of Nagaland Lokayukta and the spirit” of the Nagaland Lokayukta Act, 2017 “are preserved”.

Article 142 of the Constitution deals with enforcement of decrees and orders of the Supreme Court and says that in exercise of its jurisdiction, it may pass order for doing complete justice in any matter pending before it.