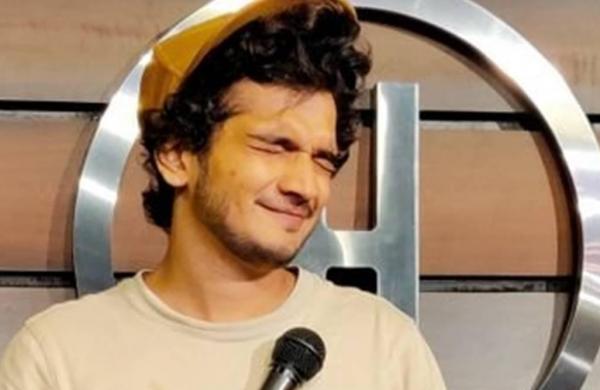 By PTI
NEW DELHI: The Supreme Court is scheduled to hear on Friday a plea filed by comedian Munawar Faruqui, who is accused of hurting religious sentiments by allegedly passing objectionably remarks about Hindu deities during a show, challenging the Madhya Pradesh High Court order denying him bail.

Faruqui’s plea would come up for hearing before a bench comprising Justices RF Nariman and BR Gavai.

Faruqui and four others were arrested on January 1 following a complaint by a BJP MLA’s son that alleged objectionable remarks about Hindu deities and Union Home Minister Amit Shah were passed during a comedy show at a cafe in Indore on New Year’s day.

One more person was arrested subsequently. The high court, in its order passed on January 28, had refused to grant him bail noting that to “promote harmony” is one of the constitutional duties. It had also turned down the bail plea of another accused in the case.

In its order, the high court had said it would not comment on merits of the case, but based on the material seized, the witnesses’ statements and considering the fact that probe was going on, no case was made out for grant of bail.

“The evidence/material collected so far suggests that in an organized public show under the garb of stand-up comedy at a public place on commercial lines, prima facie, scurrilous, disparaging utterances, outraging religious feelings of a class of citizens of India with deliberate intent, were made by the applicant,” it had said.

There was a possibility that “more incriminating material” would be collected, and further, a similar case has been registered against Faruqui in Prayagraj in Uttar Pradesh, the high court had noted.

“That apart, there is also specific assertion by the counsel for the complainant that the applicant, along with other co-accused persons, (were) allegedly making outraging filthy jokes in social media deliberately against Hindu Gods, Lord Shriram and Goddess Seeta, hurting religious sentiments of Hindus for the last 18 months, despite protest on various social media platforms. There is nothing on record to the contrary,” it had said.

As per the First Information Report, the comedy show was held at a cafe in 56 Dukan area of Indore on January 1. Eklavya Singh Gaud, son of BJP MLA Malini Laxman Singh Gaud, had filed a complaint against Faruqui and others.

Gaud had said that he and his associates had gone to watch the show where alleged indecent jokes were made about Hindu gods and goddesses and Union Home Minister Amit Shah. He forced the organizers to stop the show, he had said.

Faruqui and others were arrested for the alleged offences punishable under various sections of the Indian Penal Code, including section 295-A which deals deliberate and malicious acts, intended to outrage religious feelings of any class.

They were also accused of holding the show amid COVID-19 pandemic without permission and were booked under other relevant provisions of the IPC.