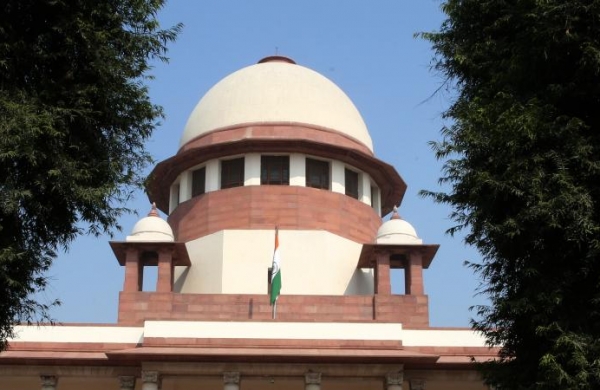 By PTI
NEW DELHI: The Supreme Court on Tuesday said that it would hear tomorrow, a plea of lawyers challenging a recent circular issued by Delhi High Court allowing physical hearing in some of its courts and on alternate days of the week in trial courts “in view of the decline in the intensity of spread of COVID-19 pandemic in the national capital”.

A bench of Chief Justice SA Bobde and Justices L Nageswara Rao and Vineet Saran said that it understands the gravity of the problem but would like the petitioners to first approach the Delhi High Court.

“We see the gravity of the problem but we would like you to go to the Delhi High Court first. If you still don’t get relief there, you can come here. Primarily, we do not interfere with the administrative functions of the chief justice of the high court,” the bench said.

Senior advocates Kapil Sibal and Mukul Rohatgi, appearing for petitioner lawyers Kartik Nayar and others said, “We have to balance the right to life and delivery of justice. Lawyers will have to come to the court if there is no option”.

The bench said, “we agree with you wholly”.

Sibal added that they will first approach the high court but till the time the High Court decides the matter, the physical hearing should be made optional.

The bench said it will keep the matter for hearing on Wednesday and see what can be done on the issue.

The plea filed by Nayar, Nancy Roy, Sachit Jolly and Amit Bhagat, all practicing lawyers of Delhi High Court and trial courts said that they have been appearing before the courts through the virtual mode of hearing on a daily basis, due to the on-going unprecedented pandemic.

It said that petition is against the arbitrariness on the part of the Delhi High Court in compelling the petitioners and other advocates, litigants, and legal/non-legal personnel to appear before the Courts without any concerns as to the health, life, and well-being of the advocates, in the interest of society.

On Jan 14, the Delhi High Court has said it has decided to increase the number of judges who would be hearing cases physically from January 18 onwards “in view of the decline in the intensity of spread of COVID-19 pandemic in the national capital”.

The High Court has also issued directions to the district courts to hold physical courts on alternate days of the week from Monday.

An office order issued by Registrar General Manoj Jain has said that the Full Court of the High Court has decided that 11 benches — two division benches of two judges each and nine single-judge benches — shall conduct physical proceedings from January 18 and the rest would hear matters via video conferencing.

The plea said that since the month of November 2020, it was submitted by various advocates that the sole reliance on the virtual hearing system was causing hardships and several advocates were not able to access proper internet connectivity and therefore were lacking efficient means to appear virtually before the various judicial forums inclusive of the High Court and the District Courts.

“The High Court of Delhi took the same into consideration, however keeping in mind the unstable situation due to the ongoing pandemic, and the representations made by several members of the esteemed bar, continued to follow the hybrid system of hearings on a rotational basis, and allowing physical hearing only in 1/4 th capacity, in a phased manner,” it said.

It said that the hybrid system of the optional virtual and physical hearing was accommodating as it catered to the needs of the advocates who preferred to appear in person for their respective matters due to not being able to access proper internet connectivity and at the same time allowed the advocates, suffering from comorbidities or having someone in their family having major health concerns, appear virtually.

“However, to much shock and dismay of the advocates and the legal fraternity, the impugned notification along with the latest roster of physical sitting of courts was released on January 14-15, which mandates that a total of 11 benches, inclusive of two-division benches, three single benches (Civil), three Single/benches (Criminal) and three original benches (Civil), to sit daily and take up matters physically,” it said.

It had also issued directions to the Principal District and Sessions Judges and Principal Judge, Family Court (HQs) to prepare a roster of all the subordinate courts of their respective districts in such a manner that the physical proceedings are held on an alternate day basis, the official order said.

The subordinate courts have been directed to “scrupulously” adhere to norms of social distancing and other COVID-19 guidelines when holding physical hearings.