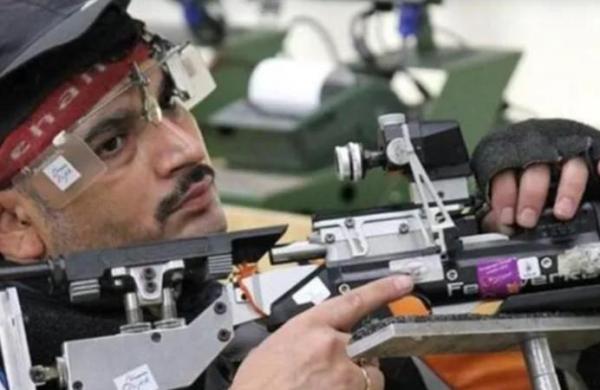 By PTI
NEW DELHI: The Supreme Court will urgently hear, on Monday itself, the plea of five-time Paralympian shooter Naresh Kumar Sharma against his not being selected for the upcoming Tokyo Paralympics games.

Hours after the plea was mentioned before a bench headed by Chief Justice N V Ramana, by senior lawyer Vikas Singh on behalf of the shooter, the plea has been listed for urgent hearing before a three judge bench.

The CJI had assured the senior lawyer that he would see the files and decide.

The bench comprising justices A M Khanwilkar, B R Gavai and Krishna Murari will consider Sharma’s plea for selection to games.

Singh told the bench that any delay in hearing before the Delhi High Court would render his plea seeking inclusion in the Indian contingent for the games infructuous as the last date for selection for the shooting event in Tokyo Paralympics is August 2.

The Paralympian shooter has challenged an order of the Delhi High Court which had posted his plea relating to his non-selection for the upcoming Tokyo games for hearing on August 6.

The shooter said a division bench of the high court had on July 30 sought responses of the Paralympics Committee of India (PCI) and the Centre on his appeal against its single-judge order which had refused to interfere with his non-selection for the games.

It said the petitioner’s counsel had tried for an early date of hearing before the high court since, as per policy of PCI, the deadline for sending names of final selected candidates for participation in the games is August 2.

“The petitioner humbly seeks intervention of this court in the present matter as the legitimate opportunity of the petitioner to participate in Tokyo Paralympics in R7 event and consequently bring laurels to the country will be lost if the arbitrary, discriminatory and capricious selection of the shooter in R7 event by the selection committee of PCI is allowed,” the plea said.

During the July 30 hearing before the high court, Sharma’s counsel had submitted that the event will start from August 24, and August 2 is the deadline for Tokyo 2020 organising committee to receive sports entry forms submitted by the National Paralympic Committee (NPC).

The counsel had urged the high court to list the matter on an early date, however, the bench had said the petitioner should have approached the court a little earlier and not at the last moment.

On July 27, the high court’s single-judge order had said that PCI’s conduct in relation to the selection of another player over Sharma was unbecoming of a public sporting body which has to maintain a fair, transparent and inclusionary approach.

The court had, however, refused to interfere with the selection of the other player over Sharma at this belated stage, noting that the shooting team was already in a bubble.

It, however, had asked the Union Sports Ministry to examine the aspect and take action, if necessary.