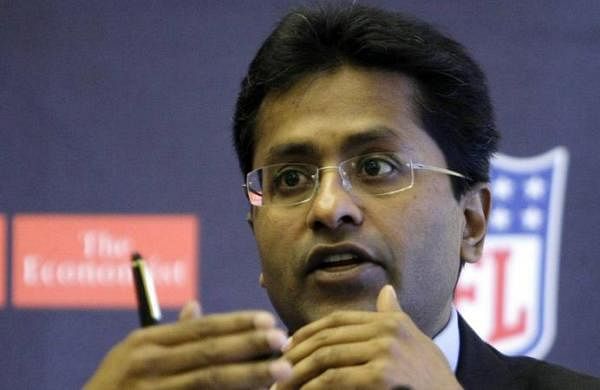 NEW DELHI: The Supreme Court on Monday suggested mediation to Lalit Modi and his mother Bina Modi, wife of late industrialist KK Modi, to resolve the long pending property dispute in the family and asked both the parties to give names of mediators of their choice.

The top court was hearing the appeal of Lalit Modi against the judgement of a division bench of the Delhi High Court which had held that the anti-arbitration injunction lawsuit filed by Bina Modi against her son Lalit Modi is maintainable.

The lawsuit was earlier filed by Bina Modi seeking to restrain the arbitration proceedings initiated by Lalit Modi in Singapore over the dispute.

A bench headed by Chief Justice NV Ramana, after hearing brief arguments from a battery of senior lawyers appearing on both sides, said that ultimately, it was a family dispute over property and money and suggested mediation or arbitration in India to resolve the case.

“Harish Salve group (Lalit Modi) is willing to have arbitration. What we feel is that this is a dispute of family members apart from trust etc. There is a provision in the deed also that this can be mediated…this is only a suggestion. We do not compel anybody to agree.Why don’t you agree for mediation or arbitration in India,” suggested the bench which also comprised justices Surya Kant and Hima Kohli.

“We have no problem,” said senior advocates Kapil Sibal and Mukul Rohatgi, appearing for Bina Modi. “I am pleasantly surprised. We are very happy,” responded Salve who along with senior advocate A M Singhvi represented Lalit Modi.

“All right, both sides suggest some names. We choose one name. You can send the name/names in sealed cover…We will send it for mediation,” the bench said and listed the plea for hearing on December 13.

In December last year, the division bench of the high court had held that it has the jurisdiction to decide Bina Modi’s plea challenging Lalit Modi’s move to initiate arbitration proceedings in Singapore.

The division bench had set aside the judgement of a single judge of the high court which had said that it does not have the jurisdiction to adjudicate the anti-arbitration injunction suits filed by Lalit Modi’s mother Bina, his sister Charu and brother Samir and they are open to take such pleas before the arbitral tribunal in Singapore.

The single judge had said that an anti-arbitration injunction suit does not lie, so the pleas are not maintainable, and dismissed.

Bina, Charu and Samir, in two separate suits, contended that there was a trust deed between the family members and the KK Modi family trust matters cannot be settled through arbitration in a foreign country as per Indian laws.

They have sought permanent injunction restraining Lalit Modi from prosecuting or continuing with the application for emergency measures and any arbitration proceedings against them in Singapore.

The division bench, in its 103-page judgement passed on December 24, 2020, had said the subject dispute ought to have been prime facie adjudicated by the single judge, who had to exercise the jurisdiction vested in the court as all the parties are Indian citizens and situs of immovable assets of the trust is in India.

“In view of the foregoing discussion, we are of the considered view that the single judge gravely erred by failing to exercise the jurisdiction vested in the court, which statutorily required him to adjudicate, whether the disputes between the parties, in relation to the trust deed, were per se referable to arbitration. This, in our respectful view, is tantamount to wrong exercise of jurisdiction by the single judge. The impugned judgment cannot resultantly be sustained..,” he said.

The division bench had remanded their two civil suits to the single judge for further proceedings, in accordance with law, from the stage of issuance of summons and directed the registry to list them for hearing.

As per the case, the trust deed was executed at London by KK Modi as settlor/ managing trustee and Bina, Lalit, Charu and Samir as trustees, and in pursuance to oral family settlement recorded between them on February 10, 2006.

KK Modi died on November 2, 2019 after which the dispute emerged amongst the trustees.

Lalit Modi contended that after the demise of his father, in view of lack of unanimity amongst the trustees regarding sale of trust assets, a sale of all assets of the trust has been triggered and distribution to beneficiaries has to occur within one year thereof, the single judge had noted.

His mother and the two siblings contended that on a true construction of the trust deed, no such sale has been triggered.