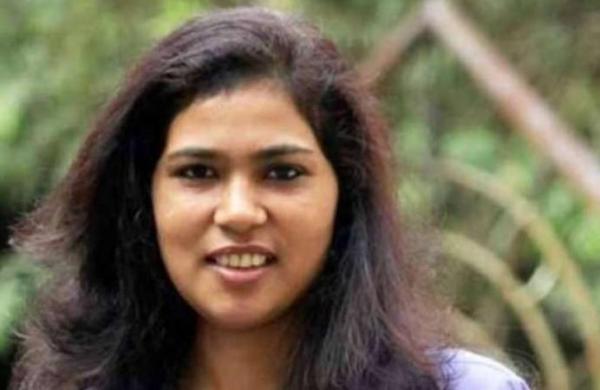 By PTI
NEW DELHI: The Supreme Court Tuesday stayed the condition imposed by the Kerala High Court which restrained activist Rehana Fathima from publishing, sharing or uploading any material or her comments through any visual and electronic media.

A bench headed by Justice R F Nariman agreed to hear Fathima’s plea against the high court’s November 23 last year order which had imposed additional bail condition on her in connection with the case lodged for the alleged offence of deliberate and malicious acts intended to hurt the religious feelings.

“In the meantime, there shall be stay of the bail condition no.2 of the impugned order dated November 23, 2020 which reads as follows: (ii) Till the trial. is over, accused shall not directly, indirectly or through any other person publish, transmit, share, upload or disseminate or publish any material or any of her comments through any visual and electronic media, open to public’, the bench, also comprising Justices Hemant Gupta and B R Gavai, said while issuing notice on her plea to Kerala government.

“It is a complete gag,” the bench orally observed while staying the condition imposed by the high court.

However, the top court said that bail condition imposed on her by the high court in its December 2018 order – that she shall not make, share and forward any comment which may affect or has the propensity to affect the religious feelings or sentiments of any community or group of society – would continue.

“However, it is made clear that the bail condition no.3 of the order dated December 14, 2018, which reads as follows, to continue. (iii) She shall not directly or indirectly or through any other person, through print, visual or other electronic media make, share, forward, disseminate or propagate any comment, which may affect or has the propensity to affect the religious feelings or sentiments of any community or group of society’,” the bench said in its order.

Fathima was granted bail in December 2018 by the high court in the case and several conditions were imposed on her.

While hearing a separate plea seeking cancellation of bail granted to her in December 2018, the high court had on November 23 last year imposed additional conditions on her including that she shall not publish, transmit, share, upload or disseminate or publish any material or her comments through any visual and electronic media, open to public.

The plea, on which the high court passed the November last year order, had alleged that Fathima had violated the bail condition imposed upon her in 2018 by uploading video of a cookery show in which she intentionally hurt the religious feelings of Hindus.

The applicant had told the high court that another FIR has also been lodged against her.

Fathima, in her plea filed in the apex court through advocate Satya Mitra, has said that the high court had upheld the bail granted to her but imposed ‘unreasonable bail conditions’ on her.

“The above mentioned bail condition is not only unreasonable but also disproportionate and arbitrary and therefore deprives the petitioner of her right to free speech and livelihood guaranteed under Article 19 and Article 21 of the Constitution of India,” she has said in her plea, adding that this condition is ‘unreasonable and not pragmatic’.

It said that bail conditions should not be disproportionate to the need to secure the presence of accused in order to conduct a fair trial.