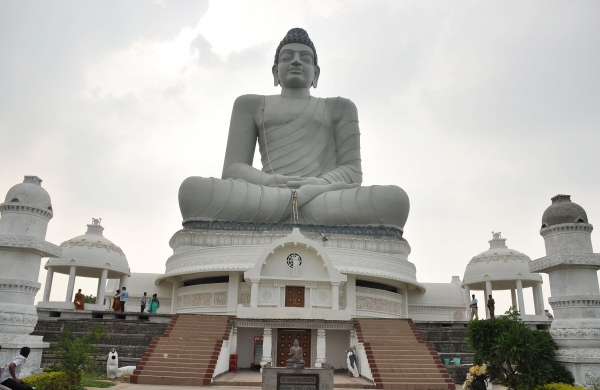 By PTI
NEW DELHI: The Supreme Court Tuesday said it would hear on March 5 a plea filed by the Andhra Pradesh government challenging the high court order which stayed SIT probe into alleged irregularities in land deals in Amaravati Capital Region during the previous TDP regime of N Chandrababu Naidu.

The apex court said it would also hear on March 5 the separate petition filed by the state government against another high court order in a matter which relates to alleged illegal land transactions during the shifting of the state capital to Amaravati.

These petitions came up for hearing before a bench comprising Justices Ashok Bhushan and R S Reddy.

The Andhra Pradesh High Court on September 16 last year had granted a stay on the actions of the Special Investigation Team (SIT) constituted by Chief Minister Y S Jagan Mohan Reddy-led government to conduct a comprehensive probe into various irregularities, particularly the land deals in the Amaravati Capital Region.

The top court had on November 5 agreed to hear the state’s plea challenging the high court order and had sought responses including from two Telugu Desam Party (TDP) leaders — Varla Ramaiah and Alapati Rajendra Prasad, a former minister — on whose petitions the high court had stayed the probe initiated by the SIT.

When the plea against the high court’s September 16 last year order came up for hearing on Tuesday, the top court granted last opportunity to the respondents to file their replies within two weeks and said that rejoinder be filed within one week thereafter.

Separately, the Andhra Pradesh government has also moved the apex court against the September 15 last year order of the state high court which had restrained the media from publishing news regarding an FIR lodged in connection with alleged irregularities in land transactions in Amaravati.

The top court had on November 25 last year stayed the high court direction restraining the media from publishing news regarding the FIR.

The apex court had also said that the high court shall not decide till January last week the pending matter which relates to the alleged illegal land transactions during shifting of the state capital to Amaravati.

During the hearing in the apex court earlier, the counsel appearing for Andhra Pradesh government had said that the high court had erred in staying the operation of SIT as it was a policy decision to look into the alleged irregularities committed in the land deals in Amaravati after state’s bifurcation into Andhra Pradesh and Telangana.

The report of a Cabinet Sub-Committee on the procedural, legal and financial irregularities and fraudulent transactions concerned with various projects, including the issues related to land in the CRDA region will form the basis for the SIT probe, the government had said.

Challenging the state governments order, the TDP leaders had contended before the high court that constitution of SIT was “arbitrary, illegal, without jurisdiction and unconstitutional” and consequently sought that it be set aside.