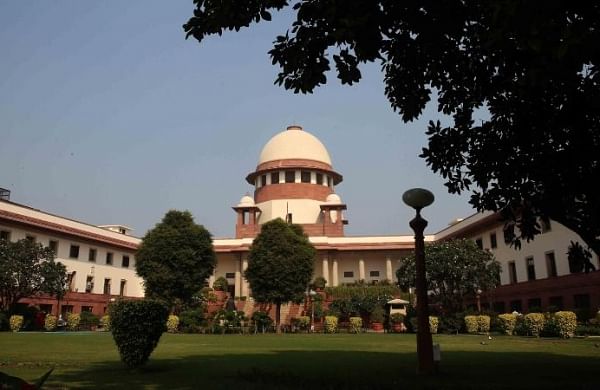 NEW DELHI: The Supreme Court Tuesday refused the Trinamool Congress (TMC) party’s plea for postponing of municipal elections in Tripura and said it is an ‘extreme recourse’ and last resort to do in a democracy and passed a slew of directions to the state police to ensure free and fair elections.

The apex court directed reassessment of deployment of Para-Military forces in critical areas and warned of coercive action if the directives are not followed scrupulously.

It also sought details of the FIRs registered in view of violent incidents during campaigning and the arrests made in those case.

A bench of Justices D Y Chandrachud and Vikram Nath said, “Postponing election is a matter of last and extreme recourse. It is our considered view that short of postponing of elections, the apprehensions which have been expressed on behalf of the petitioners by the counsels can be suitably addressed by issuing peremptory directions to the State of Tripura, so as to ensure that the remaining phases of the Municipal elections take place in peaceful and orderly manner.”

The top court was hearing a plea of TMC seeking contempt action against the Tripura government and other officials for failing to curtail violent incidents against opposition parties in the run up to the upcoming Municipal polls.

It said the reports of breach of law and order, which have been brought to the notice of law enforcing agencies, are to be duly dealt with in accordance with law.

“The DGP and the IGP (law and order) shall hold a joint meeting with the State Election Commission by tomorrow morning for the purpose of assessing the availability of sufficient strength of paramilitary forces drawn from the CRPF for ensuring peaceful conduct of the remaining phases of the elections,” the bench directed.

The top court said that after making an assessment of the situation on the ground, if so required, a requisition shall be submitted to the CRPF or as the case may be to the Union Ministry of Home Affairs.

“Any such request shall be duly considered having regard to the situation and in the interest of ensuring peace, security and orderly conduct of elections in the state of Tripura on November 25, 2021,” it said.

The bench said the DGP and the IGP shall take all steps to ensure that the election process is conducted in peace and orderly manner and without any disruptions, particularly on the date of polling leading up to the counting of ballots on November 28.

“Since serious grievance have been raised on behalf of the petitioners by the counsel that despite the lodging of FIR, no action has been taken by law enforcing agencies, the respondents (Tripura and police) shall submit before this court a tabulated statement of the complaints which have been lodged, FIR which have been registered; action which have been taken and arrests that have been made,” the bench said.

It said the tabulated statement shall be submitted together with the compliance affidavits which have already been directed to be filed by this court by its previous order dated November 11.

“While we are not inclined to accede to the prayer for postponing of the elections, we are equally of the view that it is the duty of DGP and IGP and the home secretary of Tripura to assuage any misgiving about the fairness of the law enforcing machinery in supporting the electoral process,” it said.

The top court said the law enforcement agencies must discharge their duties even handed and in nonpartisan manner to obviate the grievance which have been raised before this court that candidates and supporters of the Trinamool Congress (TMC) are unfairly targeted by contesting political groups.

“When a compliance affidavit is filed before this court, it shall contain a detailed elaboration of steps which have been taken with regard to law and order to ensure security for the contesting candidates and protect the electoral process from any kind of taint leading upto the counting of votes and declaration of results,” it said.

The bench said, “We would impress upon the DGP to observe these directions scrupulously, so as to obviate the need for this court to adopt any coercive steps in the event of breach of its directions comes to its light”.

Senior advocates Jaideep Gupta and Gopal Shankaranaryanan said that they have filed an application for appointment of an independent observer in the state for free and fair conduct of elections.

The bench said, “let us see what happens in two days and we would then consider it on November 25.

We have given our mind to the law enforcing machinery and on November 25, we will see what else could be done”.

Earlier, during the day, the bench sought to know from senior advocate Mahesh Jethmalani, about the Para-Military force deployment and whether any more Central Armed Police Forces (CAPF) can be requisitioned, for deployment in critical areas.

The bench noted the position and said that three battalions of CRPF comprising 18 companies (nine sections per company) are deployed in the State for field duty.

On November 11, the top court had directed the Tripura government to ensure that no political party including TMC, in the fray for local body polls of the state, is prevented from pursuing electoral rights in accordance with law and from campaigning in a peaceful and orderly manner.

It had issued notice to the state government on the plea by TMC and its Rajya Sabha MP Sushmita Dev seeking security for the party workers and representatives alleging wide scale violence against them.