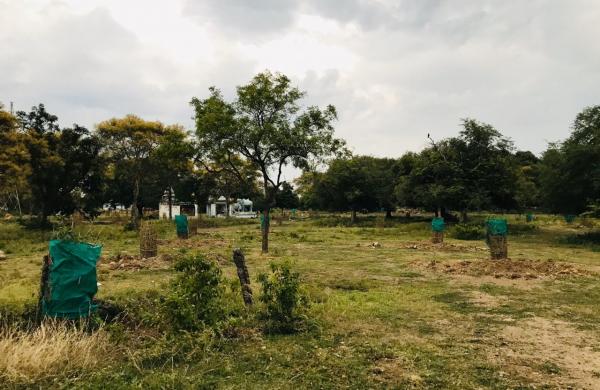 By PTI
NEW DELHI: The Supreme Court Friday permitted felling of 4,108 trees in the Taj Trapezium Zone (TTZ) for laying of a new railway track between Mathura and Jhansi.

TTZ is about 10,400 sq km, spread over the districts of Agra, Firozabad, Mathura, Hathras and Etah in Uttar Pradesh and Bharatpur district of Rajasthan.

The application filed by Rail Vikas Nigam Ltd (RVNL) came up for hearing before a bench comprising Chief Justice S A Bobde and Justices A S Bopanna and V Ramasubramanian.

Solicitor General Tushar Mehta, appearing for RVNL, told the bench that the proposed railway track is about 274 km, of which a stretch of 80 kilometre goes through the TTZ.

He told the bench that central empowered committee (CEC) has given its recommendation and said that felling of trees for laying the railway track can be allowed subject to conditions, including compulsory afforestation.

He said the authority will comply with all the conditions as stipulated by CEC.

“We are of the view that it will be appropriate to permit 4,108 trees to be felled by Rail Vikas Nigam Ltd for the purpose of laying down railway track,” the bench said.

The apex court said it is granting permission for felling of trees subject to conditions imposed by the CEC.

In its application seeking permission to cut trees, RVNL has said that laying of a third railway track in the stretch is necessary as the existing track is totally choked and results in hours long delay due to non-availability of railway track.

The apex court is hearing the matter related to protection and preservation of the iconic Taj Mahal at Agra and its surroundings.

The top court has been monitoring developments in the area to protect the monument, built by Mughal emperor Shah Jahan in the memory of his wife Mumtaz Mahal in 1631.

The mausoleum is a UNESCO World Heritage Site.