SC junks Anil Deshmukh’s plea for records of PE report, says should we entertain this as he was minister 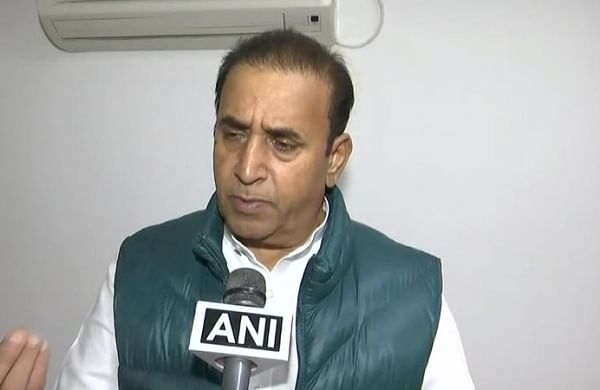 NEW DELHI: The Supreme Court Thursday junked a plea filed by former Maharashtra home minister Anil Deshmukh seeking records, including file notings and internal correspondence, of the preliminary enquiry (PE) report in the corruption case, saying “should we entertain this because he has been a minister”.

A bench headed by Justice S K Kaul dismissed Deshmukh’s plea and said he can argue on this before the competent court and they have the liberty to do so.

“The petition under 32 is based on the premise that the orders passed by the court on the rationale that the PE may have been material against the petition.

But as per certain newspaper reports, the petitioner is stated to have been given clean chit in the enquiry.

“The prayer is to call for all the records to look into the PE. We are not inclined to exercise our jurisdiction under Article 32. In the given scenario it is always open to the petitioner to plead before the competent court,” said the bench also comprising Justice M M Sundresh.

Senior advocate Kapil Sibal, appearing for Deshmukh, submitted that the court had earlier said that let the PE be completed as the commissioner of police has made these allegations.

“Now the commissioner of police is going to be declared an absconder. They said in FIR that a PE report says a cognisable offence is made out. India Today has assessed the report. As per certain reports, the petitioner is given a clean chit.

The PE on the orders of the Bombay High Court has recorded statements of many key players.

If this is true then it takes the whole basis of the record.

Then there is political motivation in this.

All family members, servants are being called everyday to admit that you are leaking this report,” Sibal submitted.

The court, however, said, “We don’t know how much credence can be given to all this material. Should we entertain this because he has been a minister. The investigation can carry on. Why should this court entertain this petition under Article 32. Competent courts are already looking into this. We are not inclined.”

A special PMLA court here on Monday had sent Deshmukh to 14-day judicial custody as the Enforcement Directorate (ED) did not seek his further remand in connection with a multi-crore money laundering case.

Deshmukh (71) was arrested by the ED on November 1 after questioning in the case, under provisions of the Prevention of Money Laundering Act (PMLA).

The ED had initiated a probe against Deshmukh and his associates after the Central Bureau of Investigation (CBI) filed its FIR against the NCP leader on April 21 this year on charges of corruption and misuse of official position.

The money laundering case against Deshmukh and others was made out after the CBI booked him in a corruption case related to allegations of at least Rs 100 crore bribery made by former Mumbai police commissioner Param Bir Singh.

The ED case is that Deshmukh, while serving as the state’s home minister, misused his official position and through dismissed police officer Sachin Waze collected Rs 4.70 crore from various bars and restaurants in Mumbai.

Deshmukh has refuted these allegations saying the agency’s whole case was based on malicious statements made by a tainted cop (Waze).

The agency had also submitted its prosecution complaint (equivalent to a charge sheet) against the duo before a special court.