SC issues notice to Haryana over pollution in river Yamuna 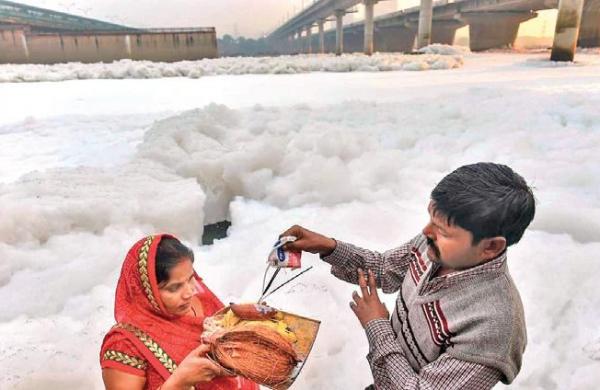 By PTI
NEW DELHI: The Supreme Court Wednesday took suo motu cognizance of pollution in the Yamuna after Delhi Jal Board (DJB) alleged that water containing high pollutants is being released in the river from Haryana.

A bench headed by Chief Justice S A Bobde was hearing the DJB plea alleging that the water released by neighbouring state Haryana in Yamuna river has pollutants including high ammonia content which become carcinogenic after mixing with Chlorine.

“We are issuing notice without argument. We are taking suo motu cognisance of pollution in entire Yamuna river,” said the bench which also comprised Justices A S Bopanna and V Ramasubramanian.

In the proceedings conducted through video conferencing, the top court also appointed senior advocate Meenakshi Arora as amicus curiae to assist it in hearing the suo motu case.

DJB usually halts water supply in Delhi after the Ammonia content in water rises and it recently moved the top court alleging this and a sought a direction to Haryana to ensure that pollutant free water is released in the river.

They have to keep ammonia treatment plan in Haryana and even the National Green Tribunal had said that their STP are not working at Sonipat which is upstream, Arora said.

“What should they do to reduce the pollutants,” the bench asked and fixed the plea for hearing on Tuesday.

It asked the DJB to serve the copy of the petition and the notice on Haryana for filing the response.