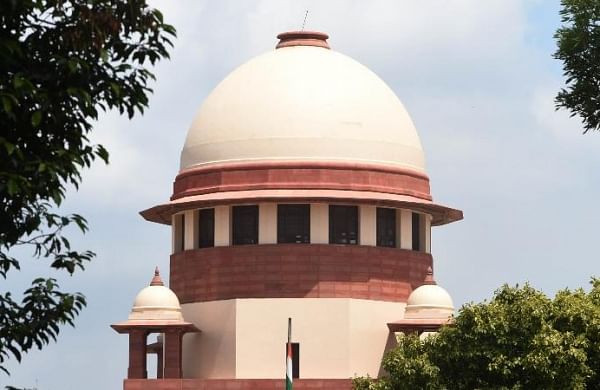 NEW DELHI: The Supreme Court Tuesday advised a man to treat well his estranged wife, with whom he was having a legal battle for last 21 years, for saving their marriage and closure of the criminal case, saying the much-publicised case would also encourage people at large to go for amicable settlement of matrimonial disputes.

A bench headed by Chief Justice N V Ramana, on July 28, had gone an extra mile in reuniting the Andhra Pradesh-based estranged couple involved in the bitter matrimonial battle for over two decades with a history of failed mediations by making the wife to agree to withdraw her plea seeking enhancement of jail term for her husband in a dowry harassment case.

It had asked both the spouses to file separate affidavits in two weeks giving the undertaking that they want to live together and will take back cases filed against each other.

When the matter again came up for disposal on Tuesday, it came to light that the separate affidavits have not been filed by them due to some technical glitches and simultaneously, the woman urged the CJI again to direct her husband to treat her well in matrimonial home.

This matter has gained so much popularity that if the man treats his wife well, the people in the country would be encouraged to go for amicable settlement of their matrimonial disputes, said the bench which also comprised justices Vineet Saran and Surya Kant.

“You are like a Parameshawar’ (God) to me,” the woman told to the CJI in the hearing conducted through video conferencing here.

“As per Office Report dated 7.­8.­2021, counsel for the parties have neither filed any affidavit to the effect that they want to live together nor any application for compounding of offences so far, in compliance of this court’s order dated 28.7.­2021.

“When the matter was taken up today, counsel appearing for the parties state that their clients have signed the affidavits but they could not file it due to technical glitch. In view of the above, list the matter next week to consider disposal of the appeal,” the bench said in the order.

Earlier, the bench had taken the special efforts by seeking the presence of feuding spouses for an interaction before it through video conferencing.

As the woman was not comfortable in speaking English, the official language of the apex court, the CJI had conversed in Telugu and also explained her statements to fellow judge.

“If your husband goes to jail you will lose the monthly compensation as he will lose his job,” the CJI had told the woman who has moved the top court for enhancement of jail term for her husband.

Lawyer D Ramakrishna Reddy, appearing for the husband, a state government employee at Guntur district in the state, had said that the bench had explained the legal situation to the woman in Telugu making it clear that the enhancement of the jail term was not going to help either of the spouses.

The woman had heard CJI’s advice patiently and instantly agreed to live with her spouse provided she and their only son are maintained properly by her husband.

The top court had then asked both the spouses to file separate affidavits in two weeks giving the undertaking that they want to live together.

The wife has undertaken to withdraw her appeal against the high court verdict by filing an application to compound the dowry harassment case against her husband who, in turn, will be withdrawing his plea seeking grant of divorce decree from a trial court in Andhra Pradesh.

The offence of dowry harassment under section 498A of the IPC is a compoundable offence in Andhra Pradesh only and in rest of India, parties cannot settle such cases on their own.

The top court was hearing the appeal of the woman against the Andhra Pradesh High Court order by which though the conviction of her husband was upheld, but the jail term of one year, awarded by courts below, was reduced to the period undergone in prison by him.

Prior to this, the trial court, in 2002, had convicted the husband under section 498A (dowry harassment) under the IPC and had awarded a jail term of one year besides imposing a fine.

It however had acquitted her mother-in-law and the sister-in-law of same charge.

The appeal of the husband against the judgement was rejected by the revision court.

Against this, a plea was moved in the high court which upheld the conviction while reducing the one year jail term to the period undergone by him in prison earlier.

The wife wanted enhancement of the jail term.

The couple had got married in 1998 and their relationship soured leading to filing of the criminal case by the woman in 2001.

The litigation saw failing of several mediation bids at the instance of courts.