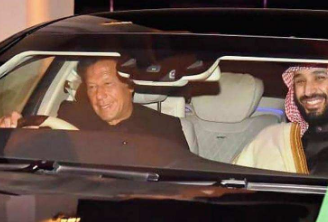 Saudi Arabia gave a big blow to Pakistan. The Saudi government has issued a special note for the G20 summit to be held next month. On its back side are maps of G-20 countries. The special thing is that Kashmir, Gilgit and Baltistan have not been shown as part of Pakistan. They have been shown as independent countries. Saudi Arabia and Israel have a very close relationship with India. Prince Salman changed the foreign policy with the changing times. They are now giving too much importance to India. Pakistan is nowhere in their eyes. The situation is that in August, the Saudi government was asked to immediately repay the loan while Pakistan was on the verge of bankruptcy. Even on Kashmir, the Saudi government did not speak a word against India. The rest of the Arab countries did the same. Pakistan is now trying to form a new group. In this, he is getting support from China and Turkey. But the United States, Israel and Saudi Arabia are keeping an eye on it.