Saradha ghost returns as more officials, Trinamool candidates get summons ahead of polls 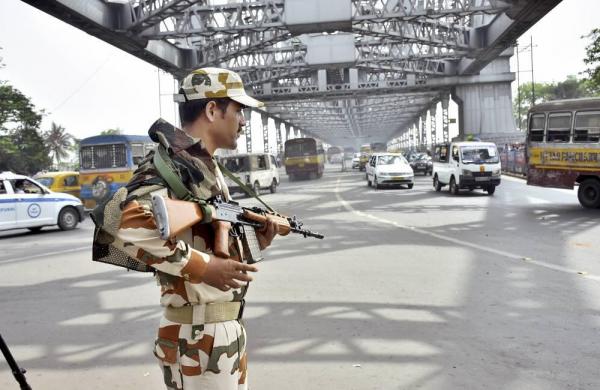 By Express News Service
KOLKATA:  With the state heading towards the first of its eight-phase poll schedule, Central Bureau of Investigation (CBI) and Enforcement Directorate (ED) swung into action on Friday and issued summons to two IAS officers, including a principal secretary, former director general of police and security advisor of Mamata Banerjee’s government.

Mitra, who has been fielded by the party from Kamarhati assembly constituency, was, in the past, arrested by the CBI for his alleged involvement in the case, and later granted bail.

“I will always co-operate with the central agency. They summoned me and I visited their office. They asked questions and I replied,’’ said Mitra.

Gupta, who is contesting the elections from Jorasanko seat, admitted that he knew Sudipto Sen, the owner of the blacklisted firm, and said he visited the ED office to submit income tax details.

The ED issued summons to principal secretary B Gopalika, asking him to visit its office on March 24 in connection with a probe into the controversial 2017 disinvestment of the West Bengal government’s stake in Metro Dairy, which was India’s first public-private partnership in the dairy sector.

The CBI summoned former IPS officers Surajit Kar Purkayastha and and Rajat Majumdar. Purkayastha is presently serving as security advisor to the state government, in connection with the Saradha scam.

Sources in the agency said Purkayastha was seen attending an event organised by Saradha and delivering a speech.

Majumdar, the former DGP of West Bengal, was earlier apprehended by the CBI in the chit fund case.

The central agency also issued summons to IPS officer LN Meena, who was the commissioner of Asansol commissionerate, and IAS officer Arun Prasad, district magistrate of Bankura, in connection with a coal pilferage case.

The manifesto has been prepared on the basis of an outreach programme in which public suggestions were taken, on the lines of the 2019 Lok Sabha elections.

Shah will be on a one-day visit of West Bengal to release the manifesto.