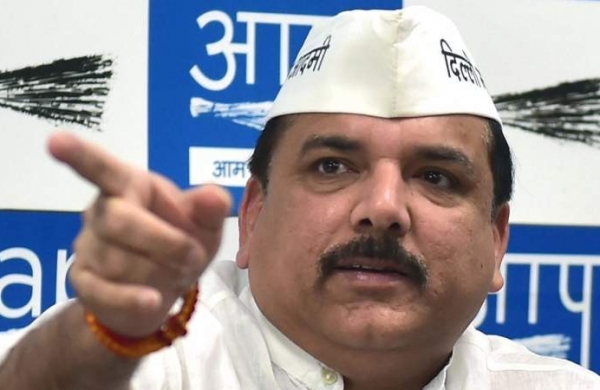 By ANI
NEW DELHI: Expressing his concern over ongoing farmers’ protest, Rajya Sabha Member of Parliament Sanjay Singh on Monday urged the Parliament to postpone its session for the other businesses and hold a discussion on this “serious” issue in the House.

In a letter to the Rajya Chairman, Singh said: “Under the provision of 267, other businesses of the House should be postponed and this serious issue of farmers should be discussed.”

He also targeted the Centre government’s role over the farmers’ issue.

“In spite of controlling the prices of petrol and diesel, the Central government is calling the agitating farmers ‘terrorist’. The government is behaving with the farmers like foreigners and outsiders,” the AAP MP stated.

Farmers have been protesting at different borders of the national capital since November 26 last year against the three newly enacted farm laws — Farmers’ Produce Trade and Commerce (Promotion and Facilitation) Act, 2020; the Farmers Empowerment and Protection) Agreement on Price Assurance and Farm Services Act 2020 and the Essential Commodities (Amendment) Act, 2020.