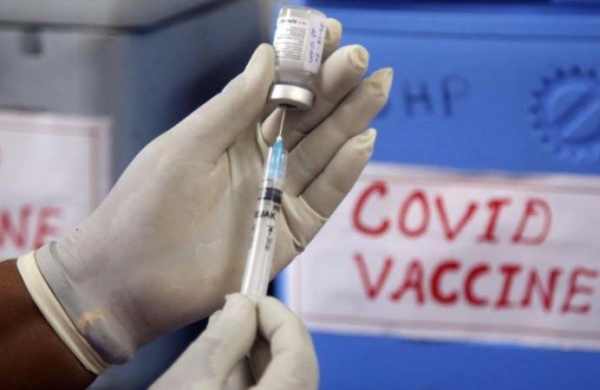 AHMEDABAD: A 30-year-old sanitation worker died around two hours after being administered a coronavirus vaccine in Gujarat’s Vadodara on Sunday, following which authorities ordered a postmortem to ascertain the exact cause of his death, officials said.

While the family members of the deceased said they suspect that the COVID-19 vaccine was the reason behind his sudden death, officials said he might have died due to a heart attack as he had a history of heart disease since 2016 and was not taking medicines.

Jignesh Solanki was a sanitation worker at the Vadodara Municipal Corporation (VMC). He was vaccinated on Sunday morning. However, hours later, he fainted at home and was rushed to the SSG Hospital in the city, where he was declared brought dead by doctors, the officials said.

Solanki’s wife Divya said, “I had no idea that he was going to be vaccinated. We had not discussed about it. After getting vaccinated, he returned home, but fainted while playing with our daughter. We suspect that his sudden death was caused due to the vaccination.”

Medical Superintendent of SSG Hospital Dr Ranjan Aiyer said Solanki was administered the COVID-19 vaccine at a booth set up by the civic body, following which he was monitored for half an hour. During that period, there were no signs of any adverse side effects.

“He was declared brought dead at the SSG Hospital. We have learnt that Jignesh had suffered from chest pain and was admitted to a private hospital nearly one-and-a-half years back. It is possible that he died due to heart attack as he had a history of heart disease. We will conduct his panel postmortem to ascertain the exact cause of death,” Aiyer said.

Aiyer said if a patient does not declare his medical history, and is on medicines, then he should not be vaccinated as per the general guidelines. “As far as Jignesh is concerned, he had stopped taking medicines despite having a history of heart disease. On the basis of his medical history, we shall be able to get a better picture,” he said.

VMC’s medical officer of health Dr Devesh Patel said the postmortem report is awaited, which will ascertain the exact cause of Solanki’s death. “The patient had a history of heart disease since 2016. His heart was weak, but he was not taking medicines, as his relatives told us,” he said.

Patel added that so far, more than 12,000 beneficiaries have been administered COVID-19 vaccine in Vadodara, but nobody has complained of any side effects.