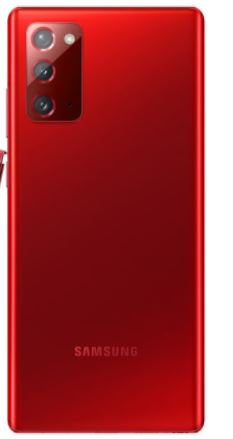 Samsung thinks it has a simple way to spark smartphone sales going into the holidays: offer colors that were previously unavailable in the US. The company has unveiled a “limited” Mystic Red edition of the Galaxy Note 20 as well as a similarly rare Mystic White version of the Galaxy Z Flip 5G.

Both are available now and cost the same as their regular-hued counterparts. That may work in your favor, as Samsung is still offering deals that include a $150 instant rebate on the Galaxy Note 20 (plus up to a $550 trade-in and a $100 eCertificate) as well as savings up to $1,000 on the Galaxy Z Flip 5G if you exchange an older phone.

We had a mixed view of the Galaxy Note 20, and Mystic Red doesn’t change that. It boasts a great display, solid all-round camera capabilities, and that signature S Pen, but the 60Hz screen, lack of expandable storage, and “glasstic” back dampened our enthusiasm. With sale prices, however, it’s a considerably better value and may be an easier pick than the higher end Note 20 Ultra.

The Galaxy Z Flip 5G, meanwhile, is a subtle but welcome improvement over the original Z Flip, whether you get it in white or another shade. The 5G data is the obvious highlight, but it also makes the leap to a Snapdragon 865 Plus instead of the older 855. It’s just a question of whether or not you value a foldable phone enough to buy the Z Flip 5G over one of its more conventional counterparts.