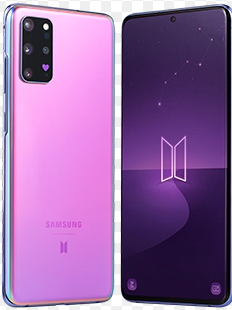 Samsung Galaxy S20 FE has been officially launched in India, and will be available to buy from October 16. The Samsung phone, which debuted globally last month as a toned-down variant of the Galaxy S20 flagship, comes in a range of colour options, but in a single specifications variant. Samsung has also provided triple rear cameras as well as a hole-punch display on the Galaxy S20 FE. Also known as the Samsung Galaxy S20 Fan Edition, the new smartphone matches the design language of the Galaxy S20 and Galaxy Note 20 series. The Galaxy S20 FE also comes with wireless charging support. price in India has been set at Rs. 49,999 for the single, 8GB + 128GB storage variant that has 4G support. The phone comes in five colour options, namely Cloud Red, Cloud Lavender, Cloud Mint, Cloud Navy and Cloud White. The pre-orders for the phone kick off October 9. Moreover, it will go on sale through Amazon, Samsung India online store, and select offline retailers starting October 16, as per a banner on Amazon India app.