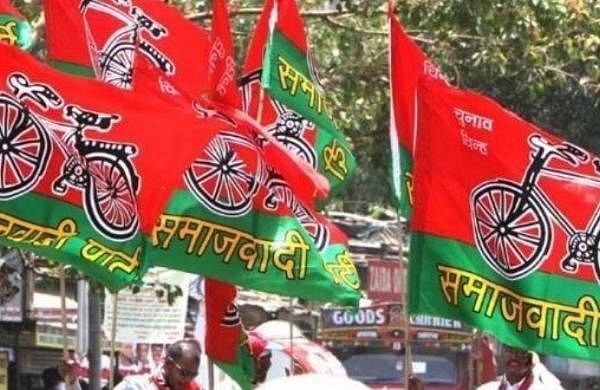 SHAHJAHANPUR: Police briefly detained around 70 Samajwadi Party workers who were on their way to stage a protest at the venue of Prime Minister Narendra Modi’s programme here on Saturday.

The prime minister addressed a rally here after laying the foundation stone of the 594-km-long Ganga Expressway.

According to former SP MLA Rajesh Yadav, the SP workers were planning to go to Rauza ground before the arrival of the prime minister and UP Chief Minister Yogi Adityanath to protest against the government for not declaring the district as calamity-affected following floods.

Circle Officer (city) Saravanan T said that around 70 SP workers were detained by the police and taken to police lines.

After the public meeting was over, they were released.

“Owing to floods, the crops of the farmers have been destroyed, and in this scenario, the district should have been declared calamity-affected. But, this was not done. And, the prime minister and chief minister are holding public meetings here. The Samajwadi Party workers were going to show black flags, and register our protest,” SP’s Rajesh Yadav said.

He claimed the SP workers had gathered at the party office in Khirnibagh and were moving on foot towards the venue of PM’s programme when the police detained “around 600 SP workers”‘ near Nishat talkies and took them to Police Lines.