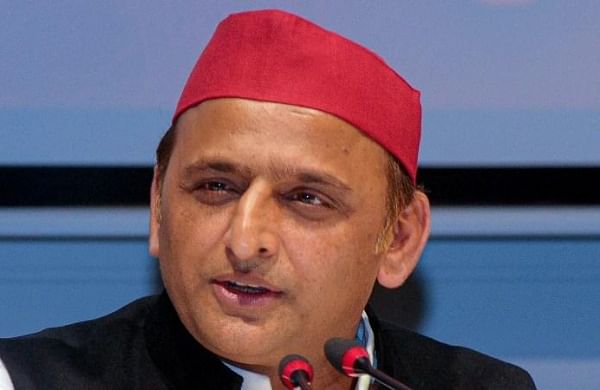 LUCKNOW: Launching a scathing attack on the ruling BJP government in Uttar Pradesh, Samajwadi Party chief Akhilesh Yadav claimed that his party may win 400 of 403 seats in the upcoming Assembly elections given the angst and disappointment of the people of the state with the present dispensation.

Addressing mediapersons before commencing his cycle yatra from his party office here on Thursday, the SP chief said the BJP was in such doldrums that it would face paucity of candidates to be fielded in the elections as nobody wanted to contest on a BJP ticket now. “So far now we have been claiming that we will win 350 plus seats in the 2022 Assembly polls in UP but now people are so upset with the ruling BJP that if the Samajwadi Party gets 400 seats, it should not come as a surprise,” said Yadav adding that the BJP had oppressed and harassed Brahmins, Dalits, and Muslims in the state during the last four years.

Yadav reiterated his charge that the ruling BJP had not done anything of its own but had been taking credit for what his government had done during his previous regime.

“Even today, the BJP leaders are inaugurating the work done during the SP government, they didn’t work at all. In fact, they do not have any work culture,” said Yadav.

The SP chief vented his ire over the BJP for claiming that the state of Uttar Pradesh had taken big strides towards development and had become one of the top most states of the country during the last four years.

He contradicted the claims of the ruling party by saying, “They have made the state number one in malnutrition, dead bodies on the banks of Ganga, taking off shrouds from dead bodies, unable to give oxygen to the people of the state and in rising unemployment in the state. The state has also become number one in beating youth who ask for employment, in crimes against women, in deaths in absence of proper medical treatment and also in non-compliance of the honourable courts.”

The SP chief also launched a broadside on the BJP government over the COVID outbreak, saying they had shown utter failure in tackling the second wave of the pandemic. They failed to provide proper and timely medication and life saving oxygen to Covid victims. “This mismanagement took so many lives and people were left to the mercy of God,” he added.

Commenting on the preparedness of the BJP for the upcoming Assembly polls, Akhilesh said they had not released their manifesto yet. “In fact, it is a party of ‘moneyfesto’  instead of ‘manifesto’. For them (BJP) politics is nothing but a business,” said the SP chief while taking a jibe at the ruling BJP.

The Samajwadi Party kicked off a ‘Cycle Yatra’ across all districts of UP against price rise, farm laws and poor law and order.

Party chief Yadav will paddle for six kilometres — from the Samajwadi Party headquarters to Janeshwar Mishra Park in the state capital.