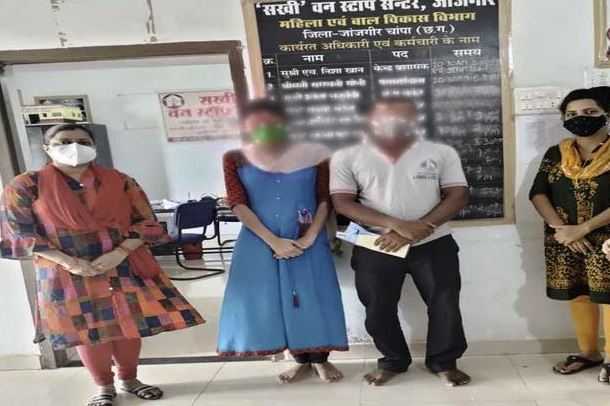 Sakhi centers are becoming a safe haven for women who have gone astray in unknown places, with the help of which they are able to reach their families. A similar case came to the fore in Chhattisgarh when a Bengali girl who went out in search of employment wandered and reached Janjgir-Jampa district of Chhattisgarh. The Sakhi One Stop Center operated for him in an unknown place proved to be a support. Not only did the girl get safe shelter at the Sakhi Center, but the center also relentlessly reunited her with her family. Due to which his happiness knew no bounds. The girl was from Bengal. He had knowledge of only Bengali language. She was not able to speak and understand another language. On being found wandering, the girl was brought to Sakhi One Stop Center Janjgir through Champa police station. Here arrangements were made for his food and stay, providing him immediate temporary shelter. Efforts were made by the Sakhi staff to understand the girl’s words and to explain her words to her. Information was received from the girl that she is a resident of Udairajpur in Madhyam, West Bengal, which comes under Barasat police station. She had left home in search of employment, but she got lost. Sakhi Janjgir contacted many people in West Bengal and found out the place of residence of the girl and her family. After this, giving full information to the girl’s brother, the Sakhi office was called. The girl’s brother reached the Sakhi One Stop Center in Janjgir and took the delivery of the girl. The girl’s brother has expressed gratitude to the state government and the people of the center for taking care of her sister and providing her information in the Sakhi Center. Like this:Like Loading… Continue Reading

Inform Sarpanchs to use their rights with respect: CM Shri Chouhan