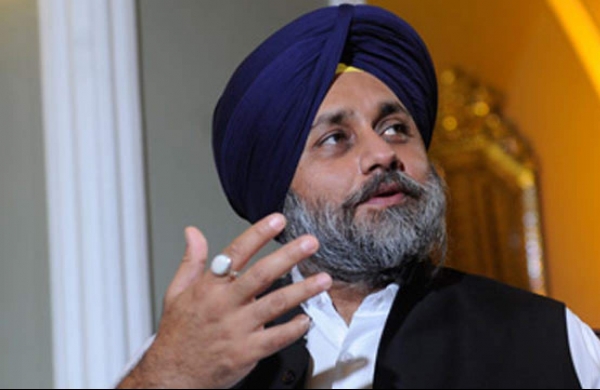 By PTI
CHANDIGARH: Seeking to galvanise support for his party ahead of the next year’s Assembly polls in Punjab, Shiromani Akali Dal chief Sukhbir Singh Badal on Sunday said he will contest the elections from Jalalabad.

The Jalalabad Assembly segment in Fazilka was earlier represented by Sukhbir Badal but after his election to the Lok Sabha from Ferozepur in 2019, he quit the seat which was wrested by the ruling Congress in the bypolls later that year.

Addressing a rally, Punjab Mangda Jawab (Punjab seeks answers), in Jalalabad, Badal hit out at the Congress, alleging that it “looted” the state and reminded people the development works that were undertaken in the state when Parkash Singh Badal was the chief minister.

People of Jalalabad, whom do you want to contest from here, raise your hands and tell, he asked the gathering.

On being told that they wanted him to contest the next year’s assembly polls from the seat, Sukhbir said, I am announcing the name of the first candidate of SAD–from Jalalabad, it will be Sukhbir Singh Badal.

He told the gathering that they will have to fight this battle while he will be fighting the battle of Punjab.

Earlier in his address, he said, Poor, farmers, traders and other sections were given facilities during the SAD government as the SAD is the Punjab’s party and knows their pain and sufferings.”

“The Congress party is not a party of Punjabis. It gets orders from the high command in Delhi. AAP is also not a Punjabi party as Arvind Kejriwal gives orders from Delhi. But we (SAD) have to live and die here,” Badal said.

He announced that if the SAD comes to power, it will halve the power tariffs for domestic consumers and “scrap” farm laws besides announcing the MSP vegetables, fruits and milk.