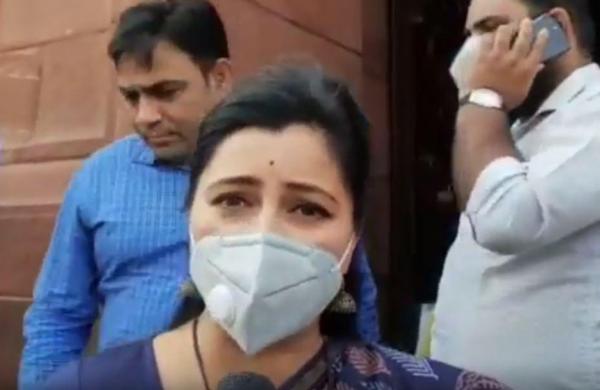 She also sought police action against the south Mumbai MP.

After she raised the issue, Sawant threatened her in the Lok Sabha’s lobby, saying “I will see how you roam in Maharashtra,” Rana alleged.

The former Union minister also threatened that she will be put in jail, she claimed.

Rana, an independent MP, also said that she had in the past received death and acid attack threats on the Shiv Sena’s letterhead and also over phone.

“The way Shiv Sena MP Arvind Sawant has threatened me, it is not only my insult, but the insult of all the women of the country. Hence, I demand strict action against Sawant,” she added.

Rana raised the Waze issue in the Lok Sabha as the BJP demanded resignation of the Maharashtra government headed by Uddhav Thackeray in the wake of former Mumbai Police Commissioner Param Bir Singh’s claim that the state’s Home Minister Anil Deshmukh set a Rs 100-crore collection target for the police every month.

Singh had also claimed that Deshmukh asked Waze to help with collection of money.

Rana claimed that Thackeray had spoken to then Maharashtra chief minister Devendra Fadnavis seeking reinstatement of Waze who was under suspension following the Khwaja Yunus custodial death case.

“The then chief minister flatly refused. But when the current chief minister (Thackeray) took charge, the first decision he took was to reinstate Waze. Because of the chief minister such things are happening in Maharashtra,” she said.

The NIA is probing Waze’s alleged role in placing an explosives-laden SUV outside industrialist Mukesh Ambani’s residence on February 25.