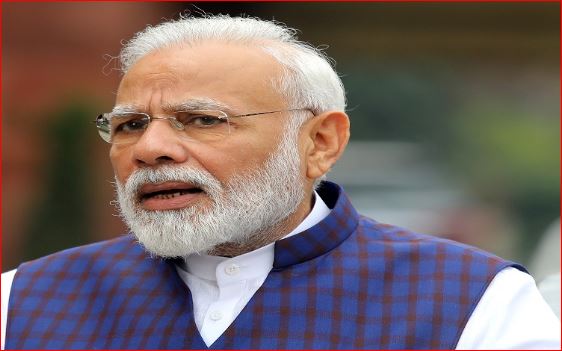 Prime Minister Narendra Modi on Friday said that India is supporting other developing countries in meeting their Sustainable Development Goals (SDGs) and the country is playing a salient role in achieving Agenda 2030.

Addressing ECOSOC (United Nations Economic and Social Council) commemoration of UN’s 75th anniversary, the Prime Minister said the ‘Sabka Saath, Sabka Vikas, Sabka Vishwas’ (together for everyone’s growth with everyone’s trust) motto resonates with the core SDG principle of leaving no one behind.

“India also contributed to shaping the ECOSOC agenda, including the SDGs. Today, through our domestic efforts, we are again playing a salient role in achieving Agenda 2030 and the SDGs. We are also supporting other developing countries in meeting their SDGs,” he said.

“Our motto is ‘Sabka Saath, Sabka Vikas, Sabka Vishwas’. This resonates with the core SDG principle of leaving no one behind. Be it access to nutrition, health education, electricity or housing. We are making great progress through our inclusive programmes,” the Prime Minister said.

He said other developing countries can learn from the scale and success of India’s development programmes.

“It is this realisation that underpins India’s own development partnership with the Global South,” he said.

Noting that over the past few years India has reduced 38 million tonnes of carbon emissions annually, he said this was achieved by electrifying our villages, providing clean cooking fuel to 80 million poor households and the introduction of energy-efficient measures.

“We have set a target to install 450 Gigawatt of renewable energy and restore 26 million hectares of degraded land by 2030. We have an age-old tradition of living in harmony with nature,” Modi said.He said that the government has launched one of the largest campaigns for cleanliness and discouraged usage of single-use plastic. He stated that the setting up of International Solar Alliance was a practical manifestation of climate action.

“Similarly, the Coalition for Disaster Resilience Infrastructure brings together all relevant stakeholders for a comprehensive approach. We have always prided ourselves as the first responder in our region — a friend in need,” the Prime Minister said.

Modi said that his government has given the highest priority to deliver benefits to the poor households.
“We have announced a package of more than USD 300 billion. It will bring the economy back on track, build modern infrastructure and put in place a technology-driven system. We have put forward a vision of ‘Atmanirbhar Bharat’, a self-reliant and resilient India, integrated with the global economy,” the Prime Minister said.

Talking about the COVID-19 fight, the Prime Minister said that the grassroots health system is “helping India ensure one of the best recovery rates in the world”.

Speaking about his government’s initiatives, Modi said that India achieved full sanitation coverage in 6,00,000 villages on the 150th birth anniversary of Mahatma Gandhi. He also spoke about the country’s improvement in rural sanitation cover, food security and how women-oriented programmes have transformed lives and livelihoods.