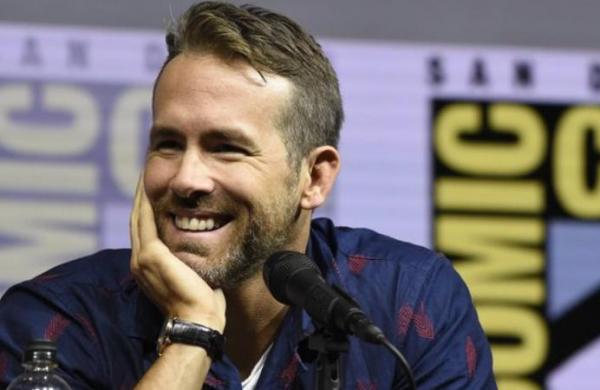 By ANI
WASHINGTON: Hollywood star Ryan Reynolds recently opened up online about his struggles with anxiety and explained how his three daughters encouraged him to publicly post his message.

According to E! News, earlier, to mark Mental Health Awareness month that went by in May, the ‘Deadpool’ actor had opened up about his own mental health struggles on Instagram in order to “destigmatize talking about it.”

Now, the 44-year-old star has explained how his three daughters James, Inez, and Betty, who he shares with his wife, Blake Lively, encouraged him to post his message in the first place.

He further added, “That there’s space for all these things. The home that I grew in, that wasn’t modeled for me really. And that’s not to say that my parents were neglectful, but they come from a different generation.”

Furthermore, the Canadian native said that in order to “de-stigmatize things” surrounding mental health, people have to first “create a conversation.”

He explained, “I know that when I felt at the absolute bottom it’s usually been because I felt like I was alone in something I was feeling. So, I think when people talk about it, I don’t necessarily dwell on it or lament on it, but I think it’s important to talk about it. And when you talk about it, it kind of sets other people free.”

He continued, “I know I’m not alone and more importantly, to all those like me who overschedule, overthink, overwork, over-worry and over-everything, please know you’re not alone. We don’t talk enough about mental health and don’t do enough to destigmatize talking about it. But, as with this post, better later than never, I hope…”

In 2017, the ‘Hitman’s Wife’s Bodyguard’ actor had discussed his anxiety and how his upbringing may have contributed to his mental health struggles.

Ryan, whose father died following a battle with Parkinson’s disease in 2015, told Variety, “I have three older brothers. Our father was tough. He wasn’t easy on anyone. And he wasn’t easy on himself. I think the anxiety might have started there, trying to find ways to control others by trying to control myself. At the time, I never recognized that. I was just a twitchy kid.”

As per E! News, the following year, Ryan also opened up to another news outlet about how working on ‘Deadpool’ helped him cope with his anxiety.