Rustom-II UAV crosses important milestone, will be up for production in two months 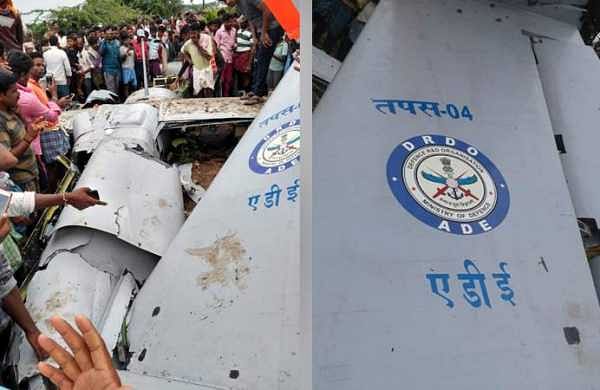 The tests are expected to be completed in next two months and then it will be handed over to the Hindustan Aeronautics Limited (HAL) and Bharat Electronics Limited (BEL) for production, told Dr Thomas. Rustom-2 has been designed and developed by Aeronautical Development Establishment (ADE).

Informing about the future plans, a programme for the improved, more capable, High Altitude Long Endurance (HALE) UAV is also in the works, said Dr. Thomas.

The Medium Altitude UAVs fly between 25000 ft to 28,000 ft and those flying above this altitude come under High Altitude told GP. Captain RK Narang, Director, Drone Federation of India.Primarily these drones are utilised for Intelligence Surveillance and Reconnaissance purpose but can be modified for any use as per the requirements added, Narang.

The Armed Forces are moving forward with major plans which include a proposal for 30 armed drones, 10 for each service, is said to be in its advance stages.

The DRDO has also come up with a Structural fire-fighting suit which on Tuesday, was among several systems Defence Minister Rajnath Singh handed to the Home Ministry. It has been developed by DRDO’s Centre for Fire, Explosive and Environment Safety (CFEES), Delhi.

As per the DRDO, the multi layered suit weighing 2.8 kgs, with the outer layer being the most durable and protects against heat, flames, water, chemicals and also against cuts and abrasion. The inner thermal layer provides insulation by creating air cushions and micro climate chambers.

Dr. Prasun Roy from CFEES told that it’s for the first time that such a suit has been developed in the country and meets the stringent US standards and costs less. Dr. Prasun has been involved in the development of this and is also part of special “Fire Entry Suit”.

The ‘Fire entry suit’ will be able to withstand the fire for 150 seconds and is in the advanced stages of development. The work is on to reduce the weight from 25 kgs and increase the indigenous content in it, said Prasun.