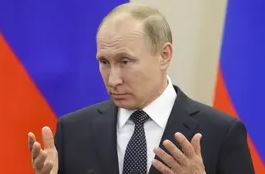 While speaking at the BRICS virtual summit on Tuesday, Russia’s President Vladimir Putin said that all the BRICS nations have maintained ‘intensive contacts’ for the development of an Energy Research Cooperation Platform. Putin said, ‘Intensive contacts have been underway between our academic and scientific centres. Their coverage is truly impressive – from the ocean and polar research to astronomy and artificial intelligence. Experts from the five countries carry out joint energy research. Reports have been prepared on the projected development of the fuel and energy sectors in the BRICS countries until 2040.’

Speaking further about the COVID-19 vaccine, the Russian President told BRICS leaders that coronavirus vaccines developed in Russia ‘work effectively and safely’ and urged the group of emerging economy nations to ‘join forces’ for the mass production of the shots. Putin’s remarks on the vaccine come after early results of large studies of several experimental Coronavirus vaccines, including a Russian one, were announced. The BRICS grouping comprises Brazil, Russia, India, China and South Africa.

BRICS on Tuesday adopted a new counter-terrorism strategy to effectively deal with the menace, as Prime Minister Narendra Modi asserted that there is a need to ensure that countries supporting terrorists are held guilty, a call backed by Russian President Vladimir Putin, who dubbed such nations ‘black sheep of the family’.