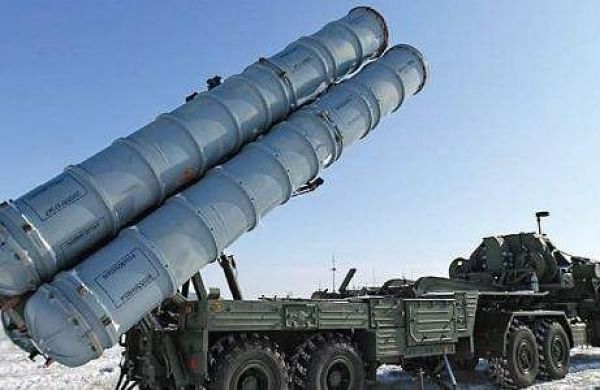 NEW DELHI: Russia has begun the delivery of S-400 Triumf surface-to-air missile systems to India, according to a senior Russian official.

Russia’s Director of the Federal Service for Military-Technical Cooperation (FSMTC) Dmitry Shugaev told Sputnik news agency that the deliveries are going on as planned.

The development comes as both sides prepare for a visit to India by Russian President Vladimir Putin on December 6 for a bilateral summit with Prime Minister Narendra Modi.

“The supplies of the S-400 air defence system to India have started and are proceeding on schedule,” Shugaev said There was no official comment by the Indian Air Force on the deliveries.

It is learnt that deliveries of some components of the missile systems have started and all key parts are yet to reach India.

In October 2018, India had signed a USD 5 billion deal with Russia to buy five units of the S-400 air defence missile systems, despite a warning from the Trump administration that going ahead with the contract may invite US sanctions.

The Biden administration has not yet clarified whether it will impose sanctions on India under the provisions of the Countering America’s Adversaries Through Sanctions Act (CAATSA) for procuring the S-400 missile systems.

The CAATSA, which was brought in 2017, provides for punitive actions against any country engaged in transactions with Russian defence and intelligence sectors.

The US has already imposed sanctions on Turkey under the CAATSA for the purchase of a batch of S-400 missile defence systems from Russia.

The S-400 is known as Russia’s most advanced long-range surface-to-air missile defence system.

Following the US sanctions on Turkey over the procurement of S-400 missile systems, there were apprehensions that Washington may impose similar punitive measures on India.

US Deputy Secretary of State Wendy Sherman during a visit to India last month said that any country deciding to use the S-400 missiles is “dangerous” and not in anybody’s security interest.

At the same time, she hoped that the US and India will be able to resolve differences over the procurement.

It is learnt that the matter is being discussed between India and the US.

Russia has been one of India’s key major suppliers of arms and ammunition.

It is learnt that India and Russia are going to firm up a number of agreements in the areas of defence, trade and investment, and science and technology at the summit between Modi and Putin.

A framework for military-technical cooperation is also set to be renewed for the next decade at the summit.

India and Russia have also reached the final phase of negotiation for a logistics support agreement and it is likely to be signed soon, it is learnt.