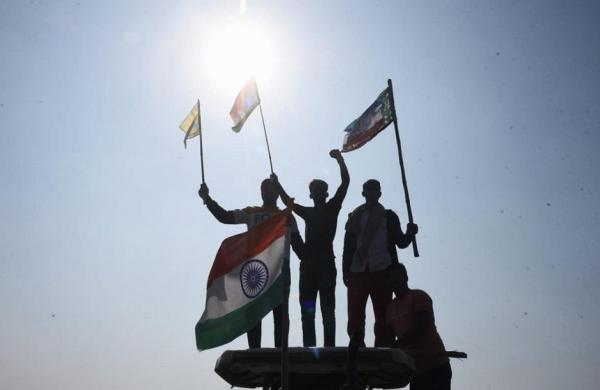 By PTI
BHOPAL: In an apparent attack on Union Agriculture Minister Narendra Singh Tomar over the farmers’ protest against three farm laws, senior RSS leader Raghunandan Sharma has said the arrogance of power has gone to his head.

Sharma, a former BJP Rajya Sabha member from Madhya Pradesh, in his Facebook post written two days back, also suggested to the minister that he should work towards strengthening nationalism.

In his social media post that starts with the line, “Narendraji, you are part and parcel of the government”, Sharma said, “Your intention might be of helping the farmers, but if some people don’t want to be helped, what is the use of doing such good?,” “If someone wants to remain naked, what is the use of forcibly clothing him,” he said.

“If you are harbouring a thought that you are reaping the fruits of your hard labour, it is your illusion,” the 73- year-old RSS leader said in the post.

“…..Today arrogance of power has gone to your head. Why are you losing the mandate? We are endorsing all rotten policies of the Congress which is not in our interest.

Leakage in drops of water from a pitcher empties it. So is with the mandate,” he said.

“Employ all might to strengthen nationalism or else we have to regret. I think you might have read the indication to preserve the ideology,” he added.

Sharma described how the (RSS’s) ideology developed with toil, sacrifice and devotion over a century for expanding its footprints, propagating service to the motherland, putting nationalism first and leading to the installation of a nationalist government at the Centre.

“Thousands of nationalists have devoted their lives for today’s nationalist government,” he said.