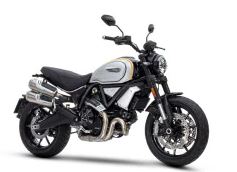 Royal Enfield has launched its new bike Meteor 350 in India. In the Indian market, its ex-showroom price starts at Rs 1.75 lakh, while its top end variant will be available for Rs 1.90 lakh. The company has launched the Meteor 350 in three variants. These include Fireball, Stellar and Top of the Line Supernova.

This motorcycle has been prepared by the company on a new platform and a new design has been seen in it. The Royal Enfield Meteor 350 features modern features and equipment. It also gets a powerful engine of 350cc, which generates 20.2 Bhp of power and 27 newton meter of torque. It also has a 5 speed gearbox. With this motorcycle, the company will give a 3-year standard warranty.

Royal Enfield Meteor 350 has been introduced in three variants Fireball, Stellar and Supernova and customers will be able to buy it in a total of seven colors. Talking about design, it has been given the look of a cruiser bike. It gets spherical halogen headlamps, fuel tank in a tier drop shape, rear back rest and split seats. Also, LED DRL, LED tail lamp and high handlebar are provided. Turn-by-turn navigation is provided in the motorcycle in all variants of the Royal Enfield Meteor 350. The company has named it ‘Tripper Navigation’. The new bike has features like USB port and Bluetooth connectivity. For suspension, telescopic forks, twin-side rear shock absorbers have been installed in front of it.

Single disc brakes with dual channel ABS are available on both sides for braking. This bike gets machined alloy wheels, chrome on the indicator, dual-tone color scheme, windscreen and blacked out mechanical bits everywhere.