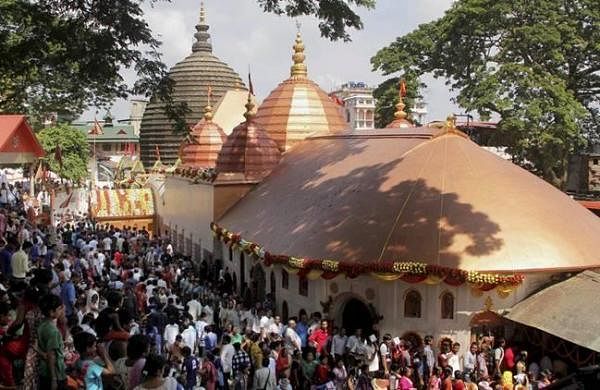 NAGAON: An All India United Democratic Front (AIUDF) MLA of Assam has created a controversy by claiming that Mughal emperor Aurangzeb donated land for the famed Kamakhya Temple in Guwahati.

The origin of the Kamakhya Temple is believed to be pre-Aryan or tribal in traits and rituals by many, according to the website of the shrine.

“Aurangzeb’s land grant to Maa Kamakhya Temple is clearly written in a book ‘Pavitra Asam’ by noted litterateur Dr Maheswar Neog which was published by the Asam Sahitya Sabha,” Aminul Islam, the MLA of Dhing in Nagaon district, said.

Aurangzeb, the last of the great Mughal emperors, ruled India from 1658 to 1707.

The AIUDF MLA also claimed that Aurangzeb had donated land to hundreds of temples in India, including 178 hectares of land to Jangamwadi Temple in Varanasi.

Reacting to this, the chief minister said his government will not tolerate such baseless statements.

Meanwhile, a self-proclaimed Hindutva leader Satyaranjan Bora was detained and later released by police on Wednesday as he attempted to march to Islam’s residence at Dhing to protest against his statement.

Bora has filed a complaint against Islam at Dispur police station in Guwahati.

“Maa Kamakhya Devalaya is considered most sacred and oldest of the 51 Shakti Peethas on earth. It is the centrepiece of widely practised, powerful Tantrik Shaktism cult in India,” the website of the temple said.