Rohit returned to Mumbai after IPL to attend to his ailing father: BCCI 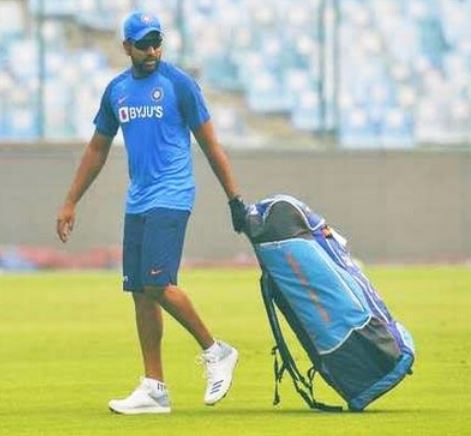 Mumbai (Maharashtra) [India], November 27 (ANI): The Board of Control for Cricket in India (BCCI) on Thursday clarified the reason behind batsman Rohit Sharma not travelling to Australia with the rest of the squad after the conclusion of the Indian Premier League (IPL).
India and Australia are slated to lock horns in three ODIs, three T20Is and four Test matches. Rohit was rested for the white-ball leg, but his participation in the Test series is not confirmed as he would be undergoing a further injury assessment on December 11.

The BCCI has clarified that Rohit returned to India to attend to his ailing father. The board also clarified that the batsman went to National Cricket Academy (NCA) after ensuring that his father was okay.

“Rohit is presently undergoing rehabilitation at the NCA. Rohit Sharma’s next assessment will be conducted on December 11th following which the BCCI will have clarity on his participation in the upcoming Border-Gavaskar Trophy in Australia. Rohit Sharma had to come back to Mumbai after the IPL to attend to his ailing father. His father is now recuperating well and that has allowed him to travel to the NCA and start his rehabilitation,” the BCCI stated in its official release.