‘Rohit hit quick boundaries, suddenly there was sense of panic’: Pujara on how Sharma unsettled Australia in Adelaide 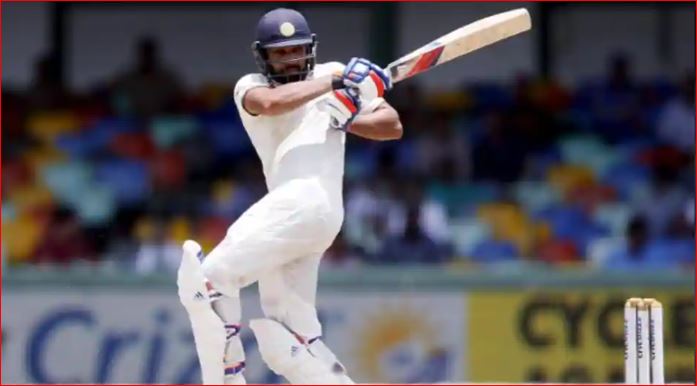 India’s Test specialist Cheteshwar Pujara recalled an incident from the first Test of the 2018-19 Border-Gavaskar Trophy between India and Australia, narrating how Rohit Sharma’s counter-attacking innings threw Australia off-guard. The game Pujara is referring to is the first Test of the series in Adelaide, where batting first, India’s top order was rocked and they were struggling at 41/4.

Rohit and Pujara did a bit of repair work putting on 45 runs for the fifth wicket, and even though it wasn’t the biggest of partnerships in terms of runs, its impact was enough to allow India to recover and eventually put 250 on the board.

“When I spoke to Rohit when he came in to bat, he told me that he’s going to take them on. So that was his plan, which was correct at that stage because they were bowling in good areas and he was very confident that he could go after them. So I said ‘sure, you stick to that’. I was there at the other end, I was leaving the ball well, growing in confidence,” Pujara told Arjun Pandit on the Sony Ten Pitstop Show.

“Both of us spoke about building a partnership and his plan was to take on the bowlers, which he did. He hit a few quick boundaries and suddenly there was a sense of panic in their bowling line-up. They were trying to figure out which length to bowl but they couldn’t bowl consistently because Rohit was taking them on.”

Rohit scored only 37 off 61 balls but it comprised two boundaries and three sixes, which Pujara revealed, helped him gain confidence and work towards a longer, more determined knock. From being in danger of getting bowled out inside 150, Pujara’s grit – that saw him score a century – coupled with a few crucial contributions from the middle-lower order, India came right back in the match and went on to win the match by 31 runs to take a 1-0 lead in the series.

“Our game plan was working at that stage. Things were going well. Rohit started hitting boundaries and sixes and then ultimately we thought that anything about 200-250 would be decent on that pitch because there was enough in it,” Pujara added.

“We knew our fast bowlers were really strong and we had a very good line-up. So, the main aim was to put up a good partnership and get a decent score on the board. We were successful in that. After that Ash came in, there was a little bit of partnership with him too. After that the tail-enders came in so I knew I had to take a leading role. I’ll have to play my shots and take them on. But I could do that because I knew how the pitch was behaving and what areas they’re trying to bowl.”