Rohit and Ishant Sharma ruled out of first two tests 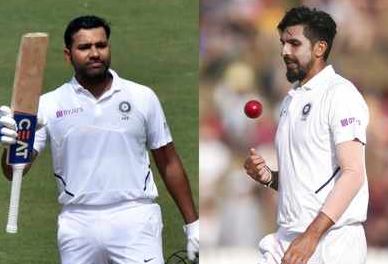 Opener Rohit Sharma and fast bowler Ishant Sharma have been ruled out of the first two Tests against Australia and their playing in the remaining two Tests of the four-Test series is still under suspicion.

Rohit is recovering from a hamstring injury and Ishaan has a hamstring injury. Both suffered this injury during the IPL in the UAE. Ishant had left the IPL and returned home, while Rohit returned home after making his team Mumbai Indians the IPL champions for the fifth time. Both were undergoing rehabilitation at the National Cricket Academy in Bangalore.

Team India head coach Ravi Shastri recently said that if both the players have to take part in the Test series starting on 17 December, then they will have to reach Australia by 26 November. Only a few days after Shastri’s statement that news has come out that Rohit and Ishant have dropped out of the first two tests. His participation in the remaining two Tests will depend on the prompt action of the Board of Control for Cricket in India.