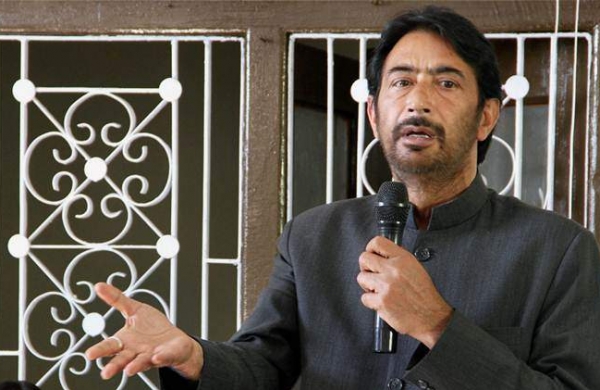 By PTI
JAMMU: Jammu and Kashmir Pradesh Congress Committee president G A Mir on Sunday claimed that the recent drive against the Rohingya Muslims in Jammu was deliberately timed with an eye on the upcoming assembly polls in different parts of the country.

He also advocated early assembly elections in the union territory and said “the government run by bureaucrats does not help the people”.

Mir was speaking to reporters after a protest rally against fuel price hike in Kathua district.

Responding to a question about shifting of 168 Rohingya Muslims from Jammu to a holding centre here recently, Mir, without naming the BJP, claimed that “they are raising such type of issues to garner votes in poll-bound states”.

“They (Rohingya Muslims) have not come here on a personal invitation of anyone. They are allowed as per the UN resolution on refugees and their deportation to their homes or somewhere else will take place under international monitoringwe have no objections,” he said.

However, he claimed that they (BJP) are raking up the issue deliberately as the dates for elections come closer in different states to avail the opportunity to garner votes.

Asked about the need for the Assembly elections in Jammu and Kashmir, the Congress leader also said there was no alternative for a popular government in a democracy.

“As a political party, we are always ready for the elections, which are part of the democratic system. The assembly elections should be held as soon as possible to provide a popular government to the people to mitigate their sufferings,” he said.

He said a government run by bureaucrats does not help the public.

“If you want to help the people, give them a popular government,” he said.

He said the Congress in Jammu and Kashmir is strong and the morale of each worker is very high.

“I have worked for the party across the country and can say it with authority that the Congress in Jammu and Kashmir is very strong. The local leaders need to get together and work in tandem,” he said.

He alleged that the BJP has “exposed” itself by its falsehood and had broken the backbone of the common people by “tax terrorism” and unprecedented price hike of essential commodities, including fuel and daily use items.

On the absence of district president Manohar Lal Sharma in the protest rally, he said there is inner party democracy in the Congress more than any other party and a forum is in place to take proper action if anyone tries to weaken the party within.

“When I say inner party democracy, I mean everyone is free to put forth their view point for which they cannot be slaughtered. But for those who show arrogance and do not fulfill the given responsibility, there is a forum in place which is watching them. Anybody who tries to harm the Congress within will face appropriate action,” he said.

Asked about senior party leader Ghulam Nabi Azad holding a public meeting in Jammu along with several leaders of G-23 last month, he avoided a direct reply but said anything which could be discussed within the party need not to be made public.

“He is a national-level leader and as I said there is an inner party democracy in the Congress where anyone can put forth his view point. The views are accepted or rejected by the party leadership and all this happens within a discipline,” he said.