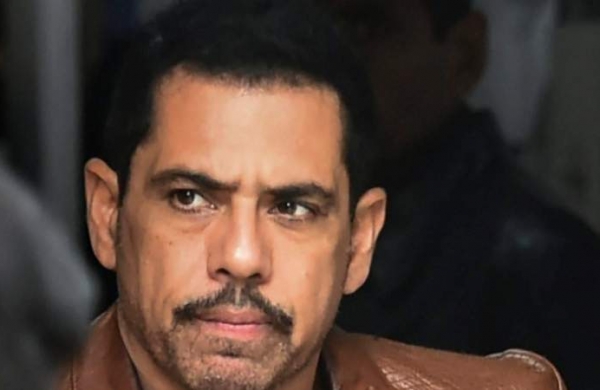 By PTI
NEW DELHI: Congress president Sonia Gandhi’s son-in-law Robert Vadra rode a bicycle from his residence to office on Monday, marking his protest against the rising petrol and diesel prices.

Vadra was, however, trolled on social media, including by some BJP leaders, for wearing a suit while riding the bicycle with his luxury vehicle and securitymen in tow.

“I do what I say. A long bicycle ride from home to office on a Monday morning amidst a lot of traffic. I feel for the masses and understand what they must be going through daily due to petrol and diesel price hike. The government must roll back fuel prices,” Vadra said on his unverified Twitter handle.

Vadra said he was speaking for the common people who were upset due to the rising petrol and diesel prices in the country, even though crude oil prices were on the decline.

He also demanded a rollback of the hike in petrol and diesel prices.

BJP general secretary C T Ravi took a dig at Vadra, the husband of Congress general secretary Priyanka Gandhi Vadra, saying he was wearing an expensive suit while riding the bicycle with his “diesel guzzling Land Cruiser” in tow.

“Sonia Gandhi’s ‘Damad’ Robert Vadra goes cycling wearing an expensive suit with his diesel guzzling Land Cruiser trailing him. So much for protest against fuel hike,” he wrote on Twitter.