Robbie Shakespeare of Sly and Robbie fame dies at 68 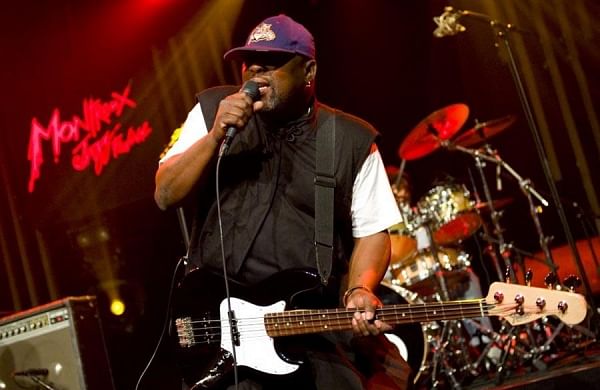 FLORIDA: Robbie Shakespeare, the acclaimed bassist and record producer, has died at the age of 68. The Jamaican artist was part of the duo Sly and Robbie with Sly Dunbar.

According to The Guardian, Shakespeare had recently undergone surgery related to his kidneys. He had been in hospital in Florida.

“When it comes to reggae bass playing, no one comes close to having the influence of Robbie Shakespeare,” tweeted Jamaican prime minister Andrew Holness. “He will be remembered for his sterling contribution to the music industry and Jamaica’s culture.”

(3/3) When it comes to Reggae bass playing, no one comes close to having the influence of Robbie Shakespeare. He will be remembered for his sterling contribution to the music industry and Jamaica’s culture. May his soul Rest In Peace.
— Andrew Holness (@AndrewHolnessJM) December 8, 2021
Sly and Robbie had come together in the mid-70s after Shakespeare already carved out his own music career from a young age. The pair bonded over their varied taste in music but specifically their interest in reggae production. Their breakout work was on Mighty Diamonds’ 1976 album Right Time.

In the following decade, their status grew as they worked with artists such as Joe Cocker and Grace Jones. They were also responsible for key shifts in reggae music as it headed to digital, introducing the “Rockers” beat and later working with Chaka Demus & Pliers to create a novel sound that distinguished songs such as Bam Bam and Murder She Wrote.

The pair worked with artists such as Madonna, Bob Dylan, Mick Jagger, The Rolling Stones, Sting, Serge Gainsbourg and Britney Spears. In the 2011 documentary Reggae Got Soul: The Story of Toots and the Maytals, they were described as “one of the most influential artists ever to come out of Jamaica”.

Shakespeare had been nominated for 13 Grammys in his career and won twice, once in 1984 for best reggae recording for Anthem and then in 1998 for best reggae album for Friends.

In 2020, Shakespeare was placed at 17 on Rolling Stone’s greatest bassists of all-time list. “I appreciate the fact that others looking in can see what we are doing for the music,” he said of the list. “This makes me feel like a baby.”

“I am in shock and sorrow after just receiving the news that my friend and brother, the legendary bassist Robbie Shakespeare has died,” said Olivia “Babsy” Grange, the Jamaican minister of entertainment and culture, in a statement. “Robbie and Sly Dunbar as Sly and Robbie, have been among Jamaica’s greatest musicians.”

British musician Ghostpoet also paid tribute on Twitter, writing that his work will “never ever be forgotten”.